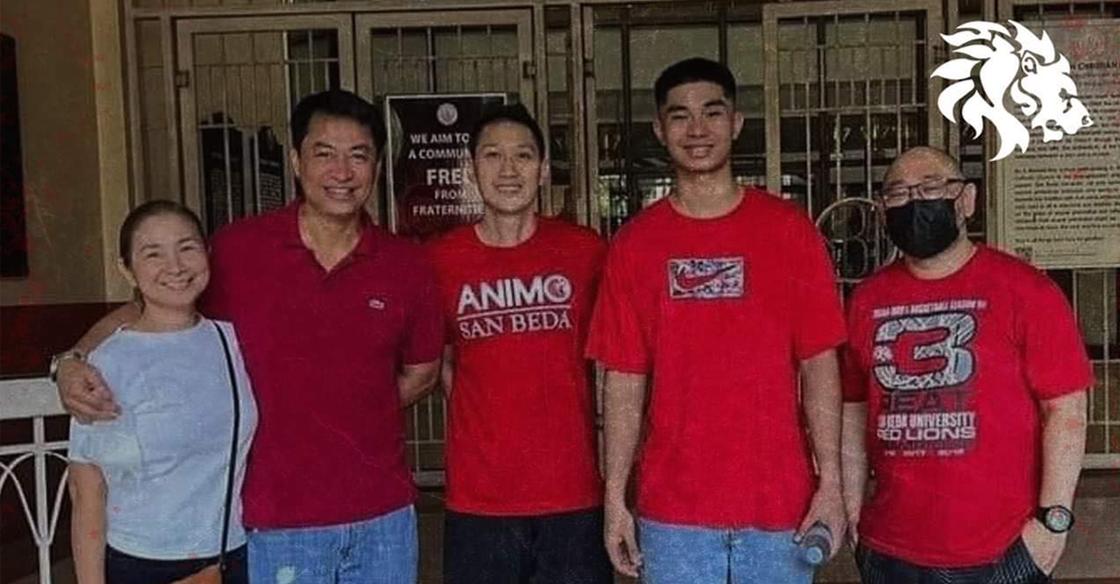 Until some weeks ago, the University of the Philippines’ Collin Dimaculangan wasn’t exactly sure of what the future held for him.

But then, he got a call from new San Beda University head coach Yuri Escueta, asking him to pay the school a visit, which he eventually did.

That turn of events led to Dimaculangan’s decision to make a transfer from Katipunan to Mendiola.

“I didn’t play for the preseason games, I only played in the one-on-one. That’s it. Pero I wasn’t looking for other schools, I was just doing my thing,” Dimaculangan shared to GMA News Online.

“And then all of a sudden Coach Yuri contacted me, reached out to me, saying I should go to San Beda some time and just check the school out.”

The 19-year-old baller was already with the University of the Philippines but didn’t make the UAAP Season 84 lineup as he wasn’t able to join the squad in its bubble training camp.

Dimaculangan, who was a huge name for UP Integrated School (UPIS) in the high school ranks, got to don the UP colors during the FilOil EcoOil Preseason Cup’s 1-on-1 event.

But the young baller said his future with UP remained cloudy, especially with him still nursing a knee injury.

“Pero during that time, injured ako sa tuhod ko eh that’s why I didn’t play the final game of the one-on-one. It wasn’t serious, though, maga lang. So ayun, hindi ako nakapag-train sa San Beda but I still visited them sa training I think last Monday,” he continued, clarifying that he had made no commitments yet at the time.

Dimaculangan will be eligible to suit up for the Red Lions in NCAA Season 99 and with the assurance from Escueta that he will be getting quality minutes, the former high school standout stressed he’s ready to play for San Beda.

“First of all, getting interest from a great coach like Coach Yuri was really a big thing. I was surprised, to be honest, na he really sees something in me,” Dimaculangan added.

“As my future with UP was a little bit not that sure, Coach Yuri, inassure naman niya ako na he’s gonna play me, he’s gonna give me the experience as soon as after this season, ‘yung mga preseason games. Laro na agad.”

In San Beda, Dimaculangan will join his good friends Jacob Cortez and Yukien Andrada as well as other young guns Justine Sanchez and Tony Ynot as they eye to bring the Red Lions back to their glory days.

US, allies tell citizens to leave Ukraine as Russia could invade ‘at any time’ │ GMA News Online