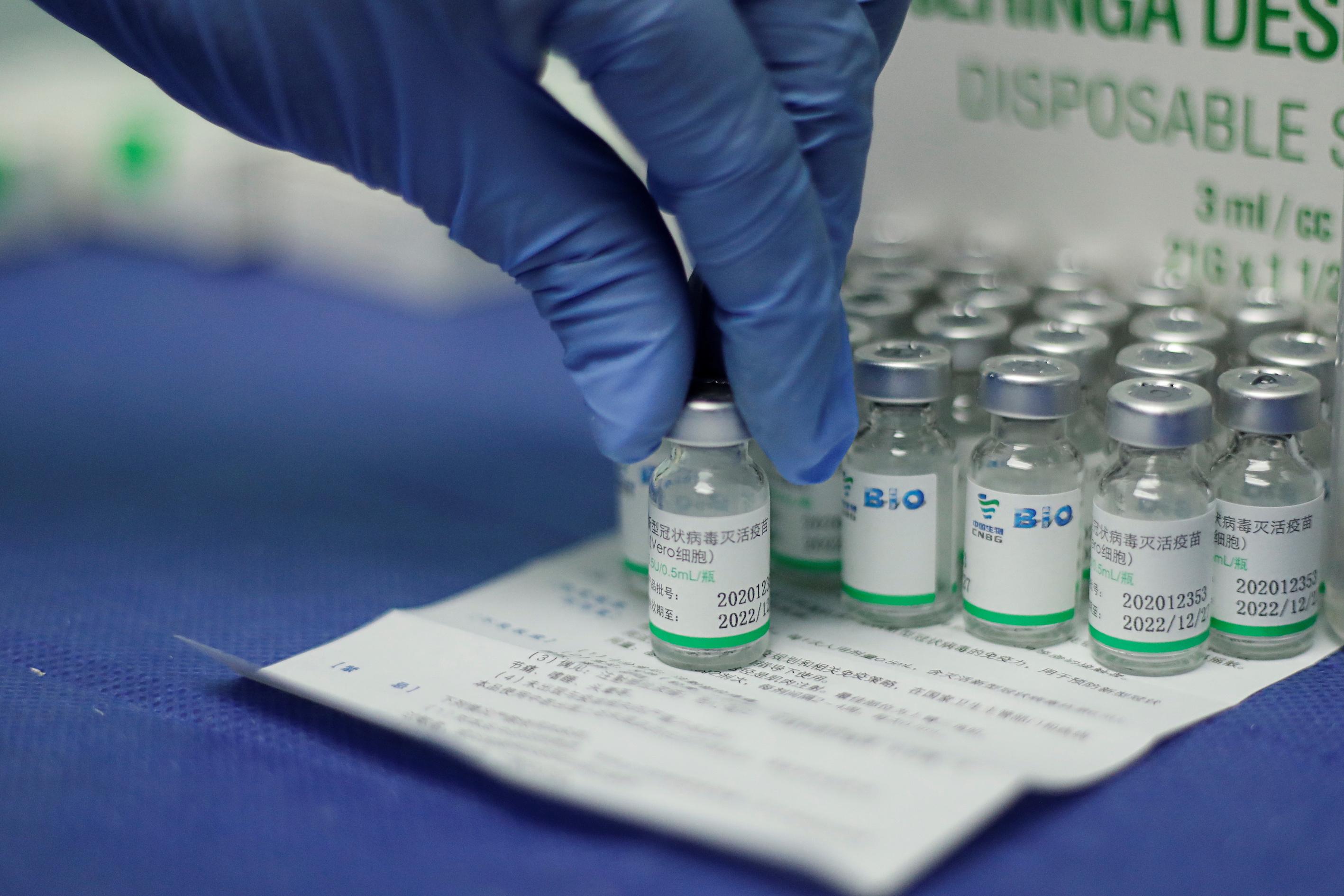 GENEVA, Switzerland – The World Health Organization on Friday approved the Sinopharm COVID-19 vaccine for emergency use — the first Chinese jab to receive the WHO’s green light.

The UN health agency signed off on the two-dose vaccine, which is already being deployed in dozens of countries around the world.

The WHO has already given emergency use listing to the vaccines being made by Pfizer-BioNTech, Moderna, Johnson and Johnson, and the AstraZeneca jab being produced at sites in India and in South Korea, which it counts separately.

“This afternoon, WHO gave emergency use listing to Sinopharm Beijing’s Covid-19 vaccine, making it the sixth vaccine to receive WHO validation for safety, efficacy and quality,” WHO chief Tedros Adhanom Ghebreyesus told a news conference.

“The Strategic Advisory Group of Experts on Immunisation, or SAGE, has also reviewed the available data, and recommends the vaccine for adults 18 years and older, with a two-dose schedule.”

An emergency use listing by the WHO paves the way for countries worldwide to quickly approve and import a vaccine for distribution, especially those states without an international-standard regulator of their own.

It also opens the door for the jabs to enter the Covax global vaccine-sharing scheme, which aims to provide equitable access to doses around the world and particularly in poorer countries.

“The addition of this vaccine has the potential to rapidly accelerate COVID-19 vaccine access for countries seeking to protect health workers and populations at risk,” said Mariangela Simao, the WHO’s assistant director general for access to health products.

“We urge the manufacturer to participate in the Covax facility and contribute to the goal of more equitable vaccine distribution.”

Currently only AstraZeneca and some Pfizer jabs are flowing through the scheme.

“It has been very interested in looking at playing a role to help with the global response, which is encouraging.”

The WHO recommended that the two Sinopharm shots be taken three to four weeks apart.

The vaccine’s efficacy for symptomatic and hospitalised cases of COVID-19 was estimated to be 79 percent when all age groups are combined, it said.

The agency said few adults over 60 were enrolled in clinical trials of the vaccine, so its efficacy could not be estimated in that age group.

Nevertheless, “there is no theoretical reason to believe that the vaccine has a different safety profile in older and younger populations,” it said.

The Sinopharm vaccine is already in use in 42 territories around the world, fourth behind AstraZeneca (166), Pfizer-BioNTech (94) and Moderna (46), according to an AFP tally.

Besides China, it is being used in Algeria, Cameroon, Egypt, Hungary, Iraq, Iran, Pakistan, Peru, the United Arab Emirates, Serbia and the Seychelles, among others.

A clutch of other vaccines are on the road towards WHO emergency use listing.

A WHO decision is expected within days on Sinovac, a second Chinese-made vaccine already being used in 22 territories.

But WHO experts said Friday they have now asked Sinovac for additional information and are waiting for answers before they can make a recommendation.

Behind Sinovac, Russia’s Sputnik V vaccine is the next furthest ahead in the process.

But Simao said the WHO was still analysing data, receiving additional information on the dossier and conducting site inspections that will end in the first week of June.

Approving Sputnik V could happen after that, she said, “but it depends on the inspections being made and the dossiers being completed”. — Agence France-Presse