US to declare 23 species, including ivory-billed woodpecker, extinct 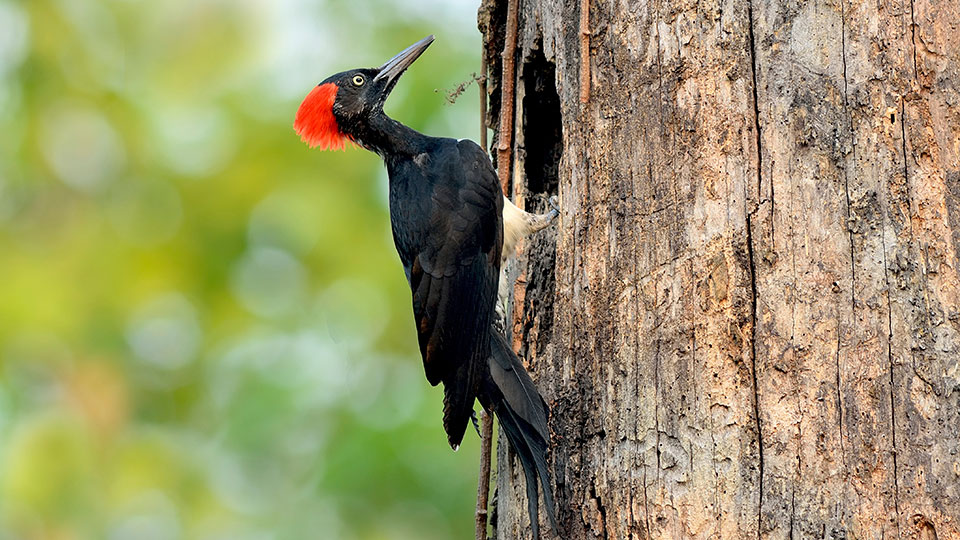 The ivory-billed woodpecker – not officially seen since 1944 and long sought by birders in the American South – is one of 23 species that would be declared extinct by the US Fish and Wildlife Service under a proposal it announced on Wednesday.

Government scientists have exhausted efforts to find these 23 bird, fish and other species and warned that climate change and dwindling habitats on top of other pressures, could make such disappearances more common, the service said in a statement.

“With climate change and natural area loss pushing more and more species to the brink, now is the time to lift up proactive, collaborative, and innovative efforts to save America’s wildlife,” said Deb Haaland, US Secretary of the Interior.

Each of the 23 species represents a permanent loss to America’s natural heritage, Bridget Fahey, who oversees species classification for the Fish and Wildlife Service, told the New York Times.

“And it’s a sobering reminder that extinction is a consequence of human-caused environmental change,” Fahey told the newspaper.

The extinctions include 11 birds, eight freshwater mussels, two species of fish, a bat and a plant, the agency said.

The ivory-billed woodpecker, also known to bird watchers as the “Lord God Bird” was America’s largest woodpecker but logging of old growth forests in the South destroyed its habitat. Its last confirmed sighting was in 1944 in northeast Louisiana, the service said.

Also on the list is Bachman’s warbler, considered one of America’s rarest songbirds. It has not been seen since 1962 in the United States. The last documented sighting of the migratory bird was in Cuba in 1981.

Eleven species are proposed to be listed as extinct in Hawaii and the Pacific Islands, due to the heightened risks of limited geographic range, the service said.

The wildlife service will accept public comment for the next 60 days and a final judgment will be published Dec. 29, said Brian Hires, a service spokesman.

“These decisions are being made based on the best available science,” he said. — Reuters