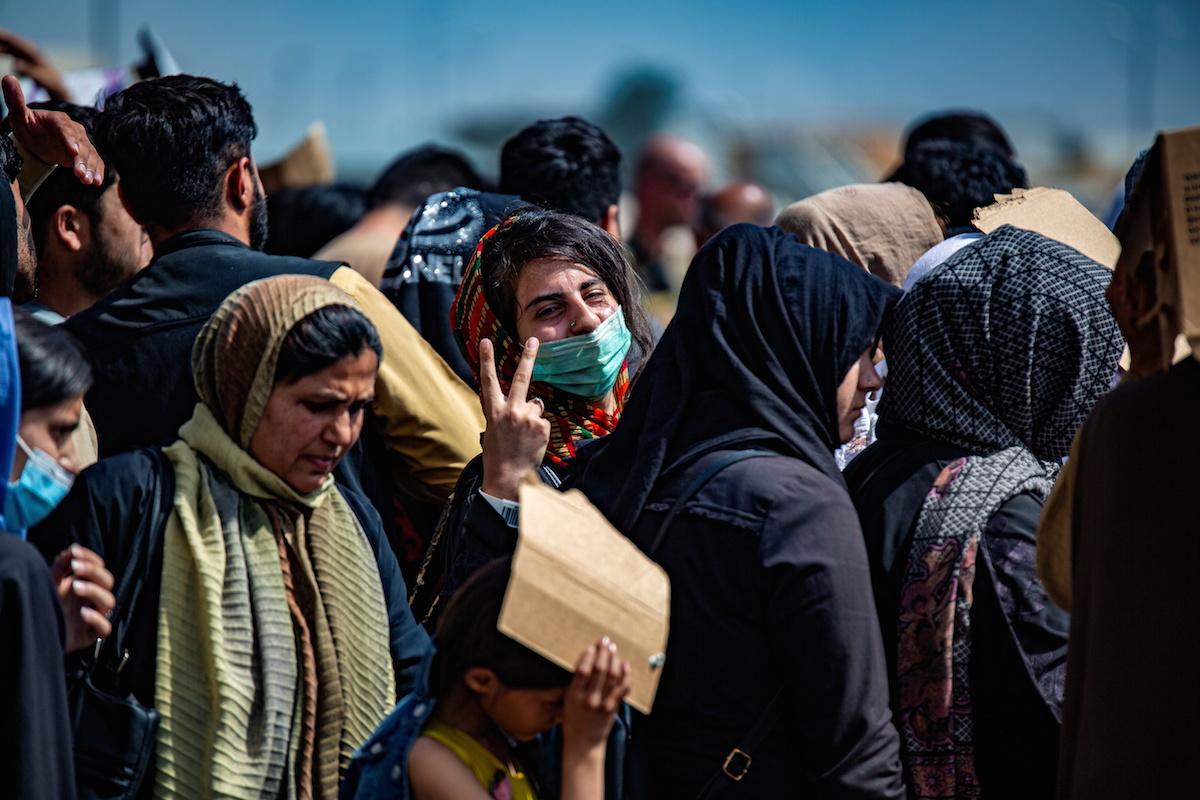 WASHINGTON — The United States on Sunday ordered six commercial airlines to help transport people after their evacuation from Afghanistan as Washington sought to step up the pace of departures of Americans and at-risk Afghans from Kabul.

The Pentagon said it called up 18 commercial aircraft from United Airlines, American Airlines, Delta Air and others to carry people from temporary locations after they landed from Afghanistan.

The move highlights the difficulty Washington is having in carrying out the evacuations following the Taliban’s swift takeover, marking only the third time the US military has employed civilian aircraft.

Thousands of people remained outside the Kabul international airport on Sunday hoping to be evacuated as Taliban gunman beat back crowds.

“We need more planes in the mix,” US Secretary of State Antony Blinken said on CBS News’ “Face the Nation.”

The aircraft will not fly into Kabul in what Pentagon spokesman John Kirby described as stage 1 of the program, suggesting more commercial aircraft could be activated later.

A United Airlines official said it activated four Boeing 777-300s. Each can carry up to about 400 passengers depending on the layout.

The Department of Defense “does not anticipate a major impact to commercial flights from this activation,” Kirby said in a statement.

Evacuees are being sent to a dozen countries outside Afghanistan, including across Europe, the Middle East and Central Asia.

Limited numbers of aircraft is just one of the issues facing the evacuation.

Officials have said they are also frustrated with slow processing by the Department of Homeland Security and State Department, and there is increasing concern about security in Kabul, where roughly 5,800 troops are protecting the airport.

The United States and its allies have brought in several thousand troops to manage the evacuations of foreign citizens and vulnerable Afghans, but have stayed away from areas outside of the Kabul airport.

White House national security adviser Jake Sullivan told CNN on Sunday the United States has “secured the capacity to get large numbers of Americans safe passage through the airport and onto the airfield” in Afghanistan, but gave no details.

Last week the US military used three military helicopters to bring 169 Americans to the airport in Kabul from a building just 200 meters (656 feet) away. Officials say these type of operations are expected to continue.

“We’re in direct contact with Americans and others to help guide them to the airport—right place at the right time, to get in more safely and effectively,” Blinken told “Fox News Sunday.” — Reuters