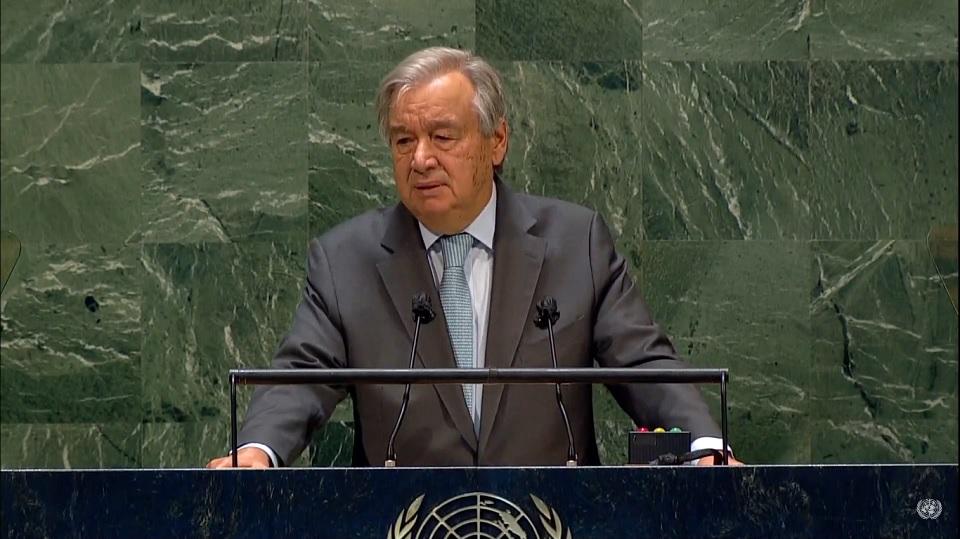 The World Health Organization (WHO) said every country that had fully immunized more than 40 percent of its population was doing too little to stop the COVID-19 crisis, as they should be ensuring doses go to nations left wide open to the virus.

The WHO wanted 10 percent of the population in every country fully jabbed by the end of September — a target missed in 56 countries, “through no fault of their own”, said the organization’s chief Tedros Adhanom Ghebreyesus.

The UN health agency said 1.5 billion vaccine doses were now being manufactured every month — with less than one week’s production needed to reach the 10 percent target.

“It is allowing variants to develop and run wild, condemning the world to millions more deaths, and prolonging an economic slowdown that could cost trillions of dollars.”

Guterres said that if the virus spread in areas with few vaccinated people, the greater the chances of a variant emerging that could become resistant to vaccines.

“All the vaccination effort made in developed countries to vaccinate the whole of the population, one, two or three times — all that effort will fall apart. And these people will not be protected.

Tedros said more than 6.4 billion vaccine doses had now been administered, and almost a third of the world’s population was fully vaccinated against Covid-19.

However, “those numbers mask a horrifying inequity,” he said.

“We stand on the precipice of failure” if vaccines are not immediately made widely available, the director-general said.

Tedros said there were enough doses being produced to achieve the WHO’s next target of seeing 40 percent in every country vaccinated by the end of the year — provided they are distributed equitably.

The definition states that symptoms appear within three months of infection, last for at least two months and cannot be explained by an alternative diagnosis.

Common symptoms include fatigue, shortness of breath and cognitive dysfunction. They may appear following recovery from acute-stage Covid-19, or persist from the initial illness. Symptoms may also fluctuate over time.

“This standardized definition will help clinicians to identify patients more easily and provide them the appropriate care, and is crucial for advancing recognition and research,” Tedros said. — Agence France-Presse