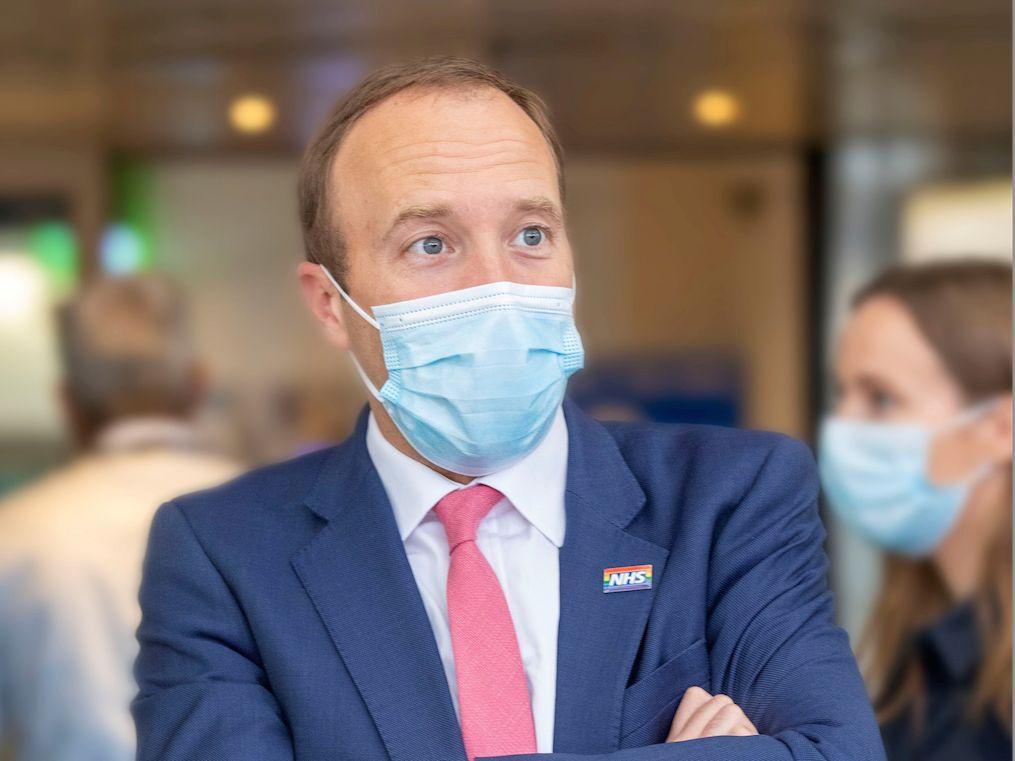 LONDON – British health minister Matt Hancock quit on Saturday after he was caught breaking COVID-19 rules by kissing and embracing an aide in his office, enraging colleagues and the public who have been living under lockdown.

In the latest scandal to rock a government that has overseen one of the highest official death tolls from the pandemic, Hancock wrote to Prime Minister Boris Johnson to resign, saying he had let people down.

An increasing number of his fellow Conservative lawmakers had privately called for him to go after the Sun newspaper published photos on Friday of the married minister embracing a woman whom he had appointed to a taxpayer-funded role to scrutinize his department.

“Those of us who make these rules have got to stick by them and that’s why I’ve got to resign,” the 42-year-old said in a video on Twitter.

Hancock had been at the center of the government’s fight against the pandemic, routinely appearing on television to tell people to follow strict rules and to defend his department against criticism of its response to the crisis.

He will be replaced by Sajid Javid, a former finance minister with widespread government experience but new to health. Javid was forced out of the Treasury in early 2020 when he lost a power battle with Johnson’s then most senior ally, Dominic Cummings.

He will be tasked with helping the state-run health service recover from the pandemic and to deal with any future infection waves. Cases have started to rise in the last month.

Hancock’s departure also marks an embarrassment for Johnson after he said on Friday that he had accepted Hancock’s apology and considered the matter to be closed.

He said on Saturday he was sorry to receive the resignation.

“You should be immensely proud of your service,” he wrote in reply to Hancock.

“I am grateful for your support and believe that your contribution to public service is far from over.”

The Sun had shown Hancock kissing the aide in his office last month, at a time when it was against the rules for people to have intimate contact with a person outside their household.

Conservative lawmakers said many of them had told the party they could no longer support him.

The opposition Labour Party had also questioned whether Hancock had broken the ministerial code: the woman, a long-time friend, was appointed as a non-executive director to scrutinise the running of his department.

Media reports said on Saturday she had now quit.

Labour leader Keir Starmer said on Twitter that Hancock was right to resign, but added: “Boris Johnson should have sacked him.”

With 128,000 deaths and one of the deepest economic contractions on record, Britain has been convulsed by the pandemic and Hancock had been heavily criticized. In the early months his department struggled to deliver testing and protective equipment for hospital staff treating patients.

However, the government has been boosted by a rapid rollout of vaccines, with 84% of adults having had one dose and 61% both, well ahead of most countries.

While cases have started to rise — up 18,000 on Saturday — vaccines appear to have weakened the link between infections and deaths and most restrictions could be dropped by July 19.

Despite the improving situation, the revelations around Hancock had sparked accusations of hypocrisy. They also reignited the charge that Johnson’s government is beset by cronyism.

Hancock had last year welcomed the resignation of a senior scientist who broke restrictions in a similar manner. He had also been faulted for awarding COVID contracts to companies with close ties to government. He had said there was a need to act fast.

His case also had echoes of an incident last year when Cummings broke lockdown rules. Johnson’s decision to retain him sparked fury across the country and damaged the government’s standing.

On that occasion, ministers and lawmakers voiced their support for Cummings in a coordinated effort. In contrast, few if any defended Hancock on Saturday.

A source in Downing Street said Hancock had not been pressured to resign. He said in his letter to Johnson he wanted to apologize to his family and spend time with his children. —Reuters