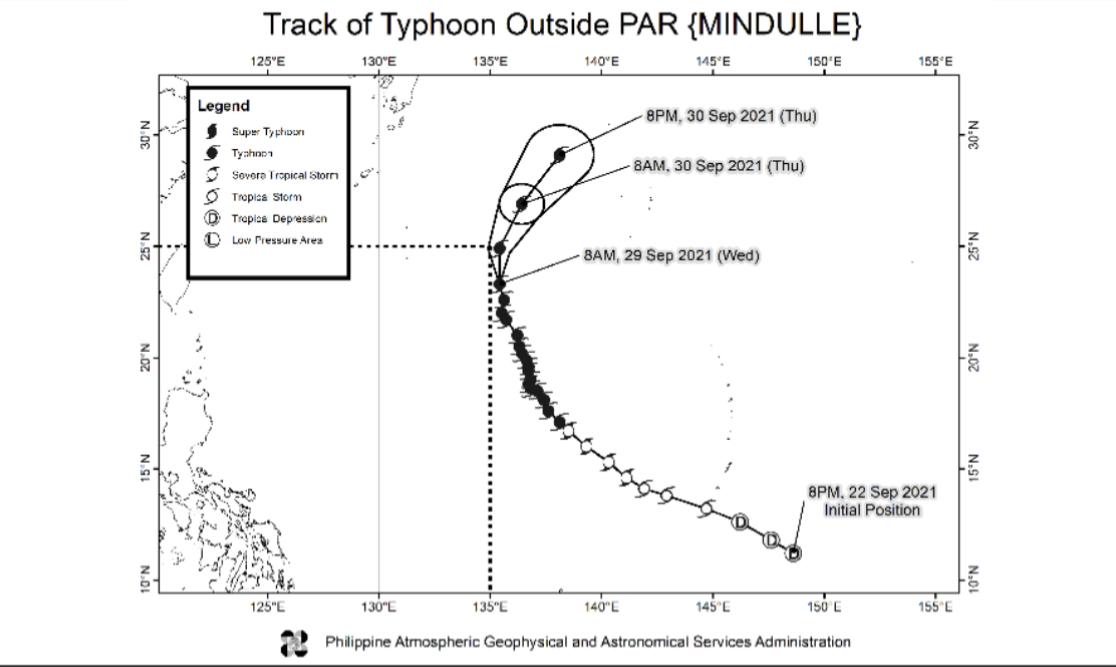 Typhoon Mindulle is moving north-northwestward near the northeastern limit of the Philippine area of responsibility (PAR), but with an increasing possibility that it may not enter at all, PAGASA said Wednesday.

In its 11 a.m. bulletin, PAGASA said Typhoon Mindulle is forecast to move generally northward in the next 12 hours before turning northeastward for the remaining of the forecast period.

“However, considering that the typhoon has been tracking generally northward over the past couple of hours, there is an increasing possibility that it may not enter the PAR region at all,” PAGASA said.

Once inside the PAR, the domestic name “Lannie” will be assigned to Typhoon Mindulle.

The tropical cyclone is forecast to intensify in the next 12 hours reaching a peak intensity of around 175-185 km/h.

It is also unlikely to directly affect the weather condition in the country, the state weather bureau said.

However, moderate to rough seas due to swells caused by Typhoon Mindulle will prevail over the northern and eastern seaboards of Luzon in the next 24 hours.

The conditions will be risky for those using small seacrafts, and mariners are advised to take precautionary measures when venturing out to sea and, if possible, avoid navigation.

As of 10 a.m., the center of the eye of Typhoon Mindulle was estimated at 1,420 km east of extreme Northern Luzon.

It has maximum sustained winds of 175 km/h near the center, gustiness up to 215 km/h, and central pressure of 935 hPa. It is moving north-northwestward at 15 km/h.—AOL, GMA News