Two families lament switching of their loved ones’ remains in Pampanga 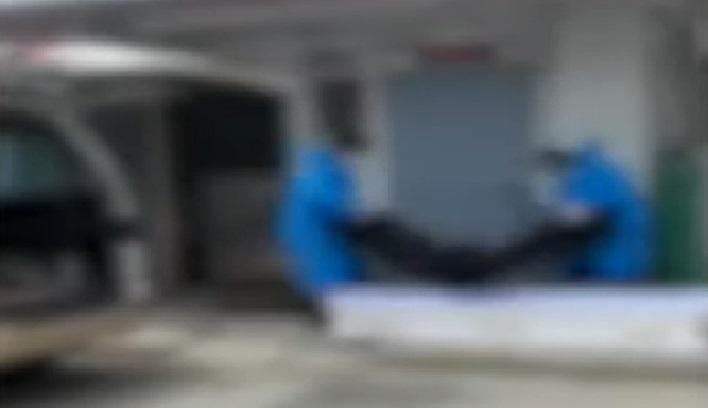 Two families in Pampanga have not been able to grieve properly after the remains of their loved ones were switched with one another.

According to Emil Sumangil’s report on “24 Oras”, the family of Imelda Britanico learned that the body in the cadaver bag they took with belonged to an elderly man.

(An item fell from the vehicle so I asked the staff about it. I asked him about the belongings which I never gave to my sister.)

This prompted her to open the cadaver bag.

According to the funeral’s security, the bodies have been switched and Britanico’s body was already buried by the other family, who mistakenly thought it was their grandfather who died of COVID-19.

A relative of the COVID-19 patient, who refused to be identified, said they immediately buried their grandfather and opted not to cremate the body. There were also no ceremonies held for their loved one.

However, after the burial, they immediately received a call from the hospital, informing them of the body switching.

The family member of the COVID-19 fatality also demanded that their grandfather be buried.

Britanico’s family, however, lamented that they did not even have the chance to provide a proper burial for her.

“Hindi man lamang namin nagawa yung part namin bilang isang pamilya (We have not even done our part as a family.),” Jerlie said while crying.

Britanico’s husband even had a mild stroke upon learning of body switching while her daughter, who is a child with special needs, is still looking for her, Jerlie also said.

The local government, private hospital and funeral parlor are already coordinating to address the body switching.

The hospital also already issued an apology to both families over the oversight in turning over the bodies. —Consuelo Marquez/NB, GMA News