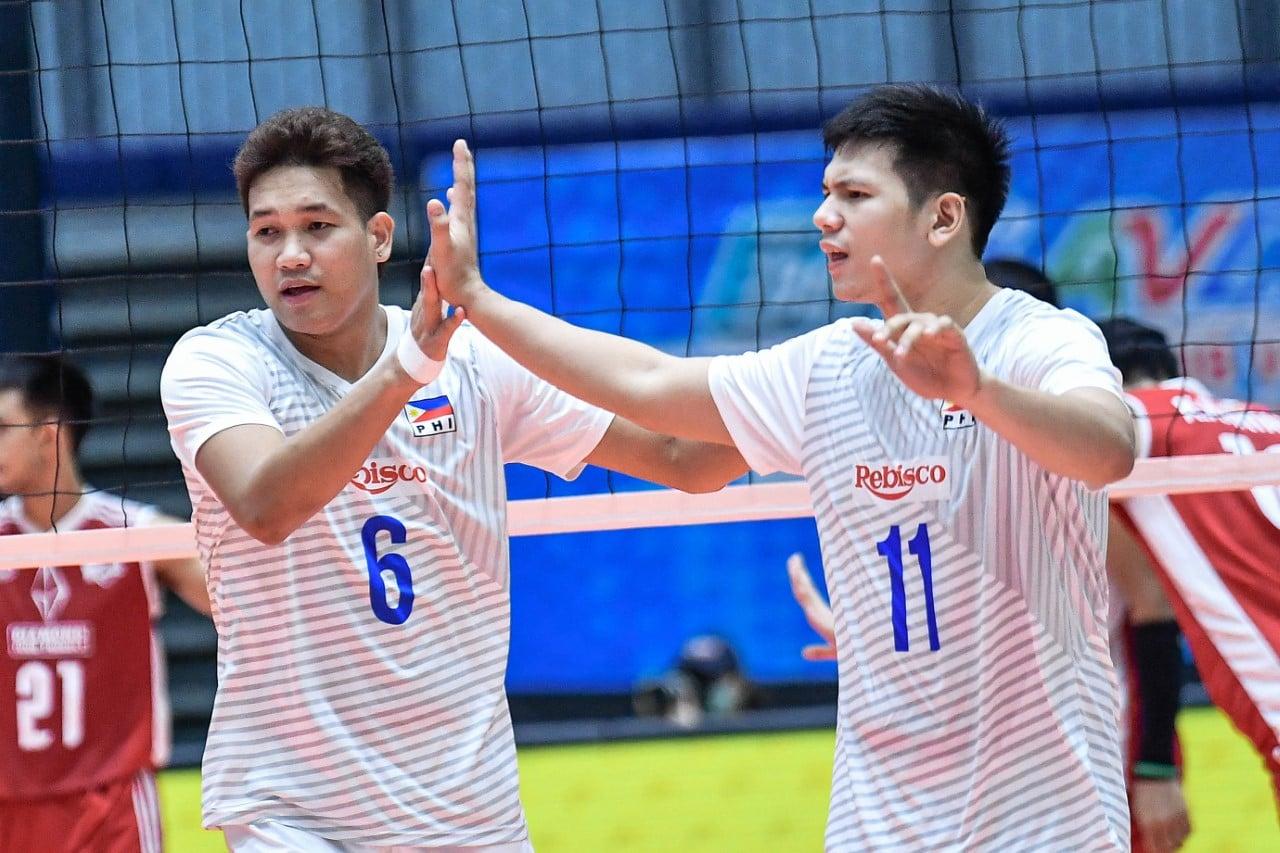 Philippine team Rebisco fell short in their gallant stand against Thailand’s Diamond Food to end the preliminary rounds with a heartbreaking loss, 36-34, 24-26, 26-28, 25-19, 15-12, Monday in the 2021 AVC Men’s Club Volleyball Championship in Thailand.

Both teams refused to lose as three of five sets were neck-and-neck, exceeding the usual 25-point set.

After being tied at 11 in the final set, Rebisco got as close as down just one, 13-12, before Diamond Food took the win.

Up 14-10 in the fourth set, Diamond Food had widened the gap easier, leading as much as 20-14, which led them to eventually take the set.

In Set 3, Rebisco was down 22-17 before they charged to take the lead at 24. Diamond Food salvaged multiple set points, which went on until JP Bugaoan and a failed block touch challenge gave the Philippine team the win.

Diamond Food led Set 2, 13-10, before Rebisco mounted a rally and tied it at 15. From then, it was another set of exchanges, until Marasigan and an opponent’s foot fault gave Set 2 to the Philippine team.

Rebisco was leading, 19-15, before Diamond Food pulled off a rally and tied the game at 20-all. From there, it was a seesaw battle until Diamond Food held off Rebisco to reach 36 points against 34 to end the first set.

Joshua Umandal led the scoring for the Philippine team with 26 points, seven each in the second and third set, which Rebisco won. Mark Alfafara listed 23 points while captain John Vic De Guzman made 16 points.

While they are out of contention, they will still play in the classification match for the 9th place which will happen Wednesday. They will face the team at the bottom of the standings of Pool A of the tournament.