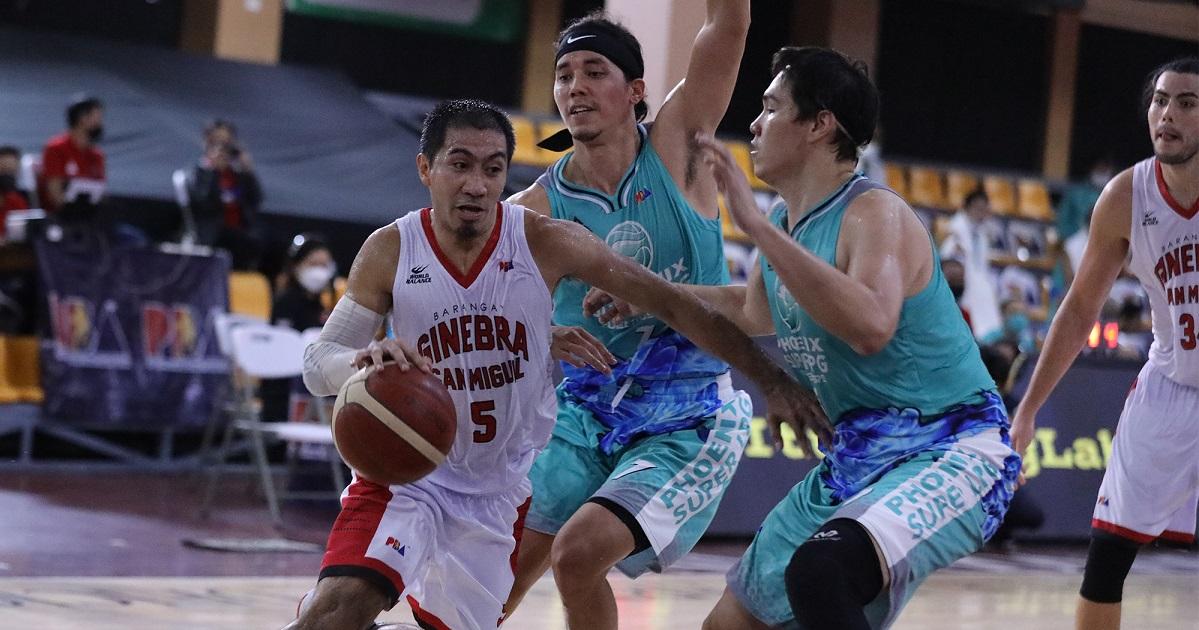 Barangay Ginebra fueled its shot for a playoff spot after gutting out a 94-87 come-from-behind win over Phoenix Super LPG in the 2021 PBA Philippine Cup on Wednesday in Bacolor, Pampanga.

The Gin Kings leaned on the heroics of LA Tenorio who dropped a team-high 23 points, including six three-pointers, to go with four rebounds and five assists as the team snapped a two-game losing skid for 4-5 card.

The Fuel Masters, meanwhile, were led by Jason Perkins who carved out 30 markers and eight boards. Matthew Wright added 18 points, five rebounds, and five dimes as they slid to 4-6.

“It was a great comeback game. It was a game that our fans would have really loved,” said Ginebra head coach Tim Cone in the post-game press conference.

“When we were coming back to the game, I was thinking, ‘Wow, imagine what the fans would be doing right now. They’d be roaring.’ This is a typical Ginebra game, we came back and found a way to win.”

Ginebra had to channel its “Never Say Die” mantra all throughout the game.

After staring at a 14-33 hole in the first canto, the defending champions were able to slice their deficit to only six at halftime, thanks to Tenorio who converted four three-pointers in the second quarter alone.

Scottie Thompson knotted the match at 81-apiece in the payoff period with still 6:35 left to play. Ginebra took over the lead for the first time since 3-2 as Christian Standhardinger drained a putback basket, 83-81.

Tenorio then buried his sixth triple of the game before Pringle sealed their victory off a jump shot, 94-87.

Aside from Tenorio, Pringle was also crucial for Ginebra after he unleashed 31 points, seven rebounds, and two assists while Standhardinger chipped in 21.