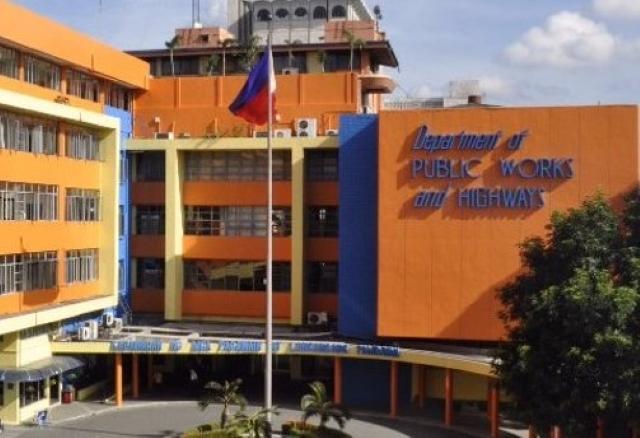 A party-list solon on Thursday questioned the Department of Public Works and Highways’ utilization of some P10.33 billion in contingent funds transferred to the agency for construction of sports facilities and certain amenities amid the COVID-19 pandemic.

Bayan Muna party-list Rep. Ferdinande Gaite bared that there were about P10.33 billion transferred to the DPWH from the contingent fund in 2020.

“Based on the listings of the projects, apparently there were sports facilities, swimming pools, cruise sport, convention center, museum, and I do not know what this is, a ‘bat cave,’ were the products of the P10.3 billion,” Gaite said during the House committee on appropriations’ hearing on the proposed P686.11 billion budget of the DPWH for 2022.

In response, Public Works Secretary Mark Villar said the agency will furnish the lawmaker a list of the projects which utilized the contingent fund.

“These are some titles that are not clear, what you’re saying, but we can send you a list then you can confirm the projects you are mentioning,” Villar said.

The DPWH chief also confirmed that  that the agency received a special allotment release order (SARO) from the the Department of Budget and Management (DBM) and “we implement it from the contingent fund.”

Villar clarified that the DPWH does not have a contingent fund but was downloaded from the Office of the President.

Gaite, however, is not convinced with the DPWH chief’s response as he questioned why the contingent fund was used for infrastructure.

“When the title of the item is contingent fund but there are only certain items that can be used for expenditures and yet we see items such as swimming pools, cruise sports, ‘bat cave’ kaya tingin namin (for us) this is unacceptable, not in this time of pandemic,” the lawmaker said.

“In this time of pandemic, if these are true then we do not see any urgency for such projects,” Gaite said.

The contingent fund is an appropriation under the Office of the President to cover funding requirement of new or urgent projects and activities of national government and government-owned corporations that need to be implemented or paid during the year, such as, but not limited to legal obligations of the government arising from final and executory decisions, requirements of newly created offices, or deficiencies in the appropriations for local and external travels of the President of the Philippines.

“Nakakabahala [This is worrisome] but right now these mysterious funds including the mysterious entries in the SARO, including the projects give rise to the suspicion that again this is plain and simple pork barrel funds,” Gaite said.

Villar, for his part, said the DPWH has a wide-scope of projects that it implements “ranging from tourism to assisting our soldiers in their infrastructure needs.”

“I stand by our infrastructure program. In the end, ang importante talaga is maka-generate tayo ng trabaho (the important thing is we generate jobs),” the Cabinet official said.

In the end, Gaite asked the DPWH to submit all the information with regards to the P10.3-billion contingent fund.

“We want to be informed of what really is this contingent fund, how it was used for the sake of our Filipinos who are practically deprived of certain programs of government. The P10 billion could have been used for more urgent matters than what was used in the 2020 budget,” the lawmaker said.—AOL, GMA News