Signal No. 2 still up in Batanes, Babuyan Islands as Maring continues to track over West Philippine Sea 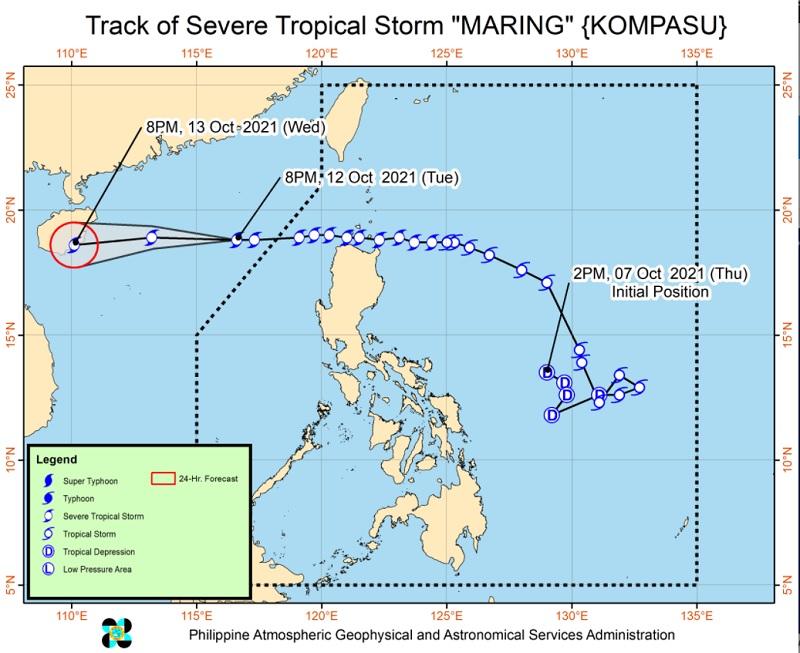 In its 11 p.m. bulletin, PAGASA said the following areas are still under Tropical Cyclone Wind Signal (TCWS) No. 2:

Meanwhile, TCWS No. 1 remains over the following areas:

The weather bureau said under the influence of the southwest monsoon enhanced by Maring, monsoon rains are possible over Bataan, Zambales, Occidental Mindoro, and Palawan in the next 24 hours.

Winds will continue to reach gale force to storm-force strength within areas where Signal No. 2 is in effect, it added.

PAGASA said moderate to rough seas will also prevail over the remaining seaboards of the country.

Seafarers and mariners are advised to take precautionary measures when venturing out at sea and avoid navigating in these conditions.

Maring will make landfall in the vicinity of Hainan, China on Wednesday evening. — BAP, GMA News

Some Chinese vessels pulled out from Ayungin Shoal —WesCom