Signal No. 1 remains over Eastern Samar, 3 other areas due to Agaton │ GMA News Online 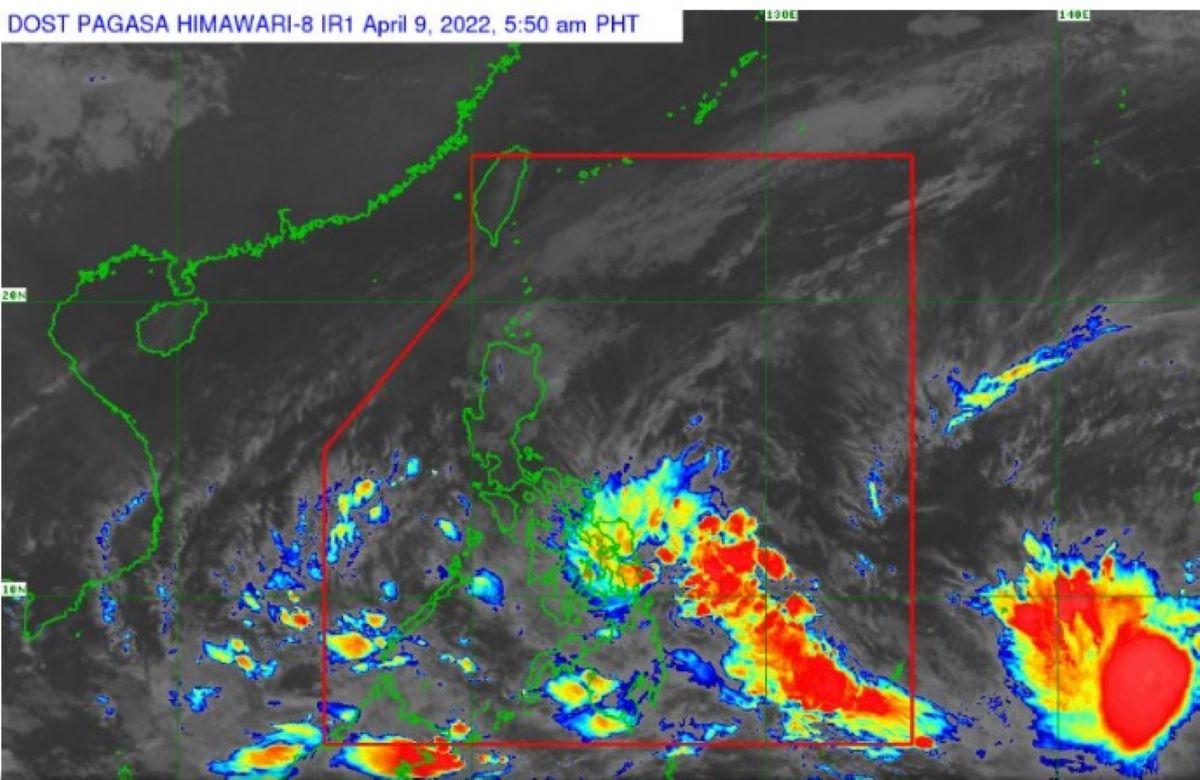 Tropical Cyclone Wind Signal (TCWS) No. 1 remained in effect over Eastern Samar in Visayas and Dinagat Islands, Siargao and Bucas Grande Islands in Mindanao on Saturday afternoon due to Tropical Depression Agaton, PAGASA said in its 2 p.m. bulletin.

These areas have strong winds currently prevailing or may be expected within the next 36 hours, it added.

However, there will be minimal to minor threat to life and property, PAGASA said.

Meanwhile, from Saturday until early morning of Sunday, moderate to heavy and at times intense rains are expected over Eastern Visayas, Dinagat Islands, and Surigao del Norte.

Masbate, Sorsogon and the rest of Visayas and Mindanao on the other hand will have light to moderate with at times heavy rains.

As of 1 p.m., the center of Agaton was located at 125 kilometers east southeast of Guiuan, Eastern Samar.

Agaton has maximum sustained winds of 45 km/h near the center, gustiness of up to 55 km/h, and central pressure of 1004 hPa.

Meanwhile, from its center, strong winds or higher than that are extending outwards up to 140 km.

From early morning of Sunday up to early morning of Monday, Eastern Visayas, Dinagat Islands, Surigao del Norte, the northern and central portions of Cebu including Bantayan and Camotes Islands and Bohol will have moderate to heavy with at times intense rains.

Masbate, Sorsogon, and the rest of Visayas and Mindanao on the other hand, will have light to moderate with at times heavy rains.

“Under these conditions and considering significant antecedent rainfall, scattered to widespread flooding (including flooding) and rain-induced landslides are expected especially in areas that are highly or very highly susceptible to these hazard as identified in hazard maps,” PAGASA said.

It added that rough to very rough seas will prevail in the next 24 hours over the seaboards of areas under TCWS No. 1 and the northern and eastern coastal waters of Northern Samar. Waves may reach up to 4.5 meters.

This makes it risky for most seacraft to travel, PAGASA said.

The weather bureau advised small seacraft to remain in port or take shelter, and for larger vessels to take precautionary measures or avoid navigating if possible.

A gale warning meanwhile is in effect over several coastal waters not under TCWS, specifically the northern and western seaboards of Northern Luzon, due to the northeasterly wind flow.

Coastal waters will be moderate to rough, with waves possibly reaching up to 3.4 meters) over the remaining seaboards that are not under TCWS or gale warning. Sea travel is risky for small seacraft, and larger vessels are advised to avoid navigating. —KG, GMA News