Signal No. 1 hoisted over 4 areas in Visayas, Mindanao due to Maring 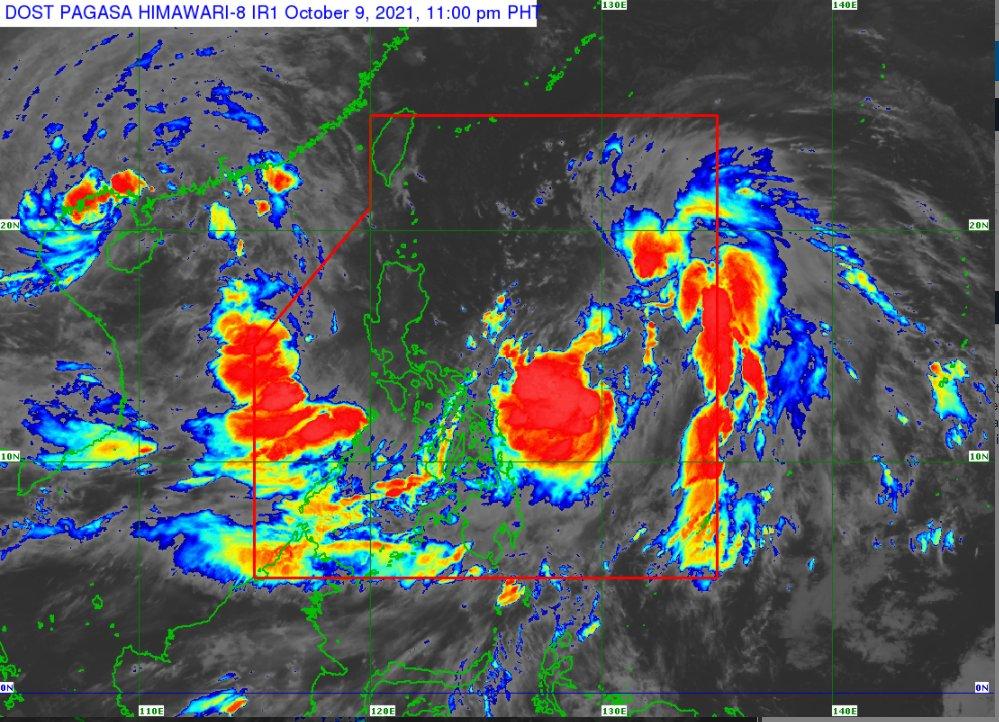 TCWS No. 1 is up over the following areas:

“Strong winds (strong breeze to near gale conditions) with higher gusts are prevailing in areas where Tropical Cyclone Wind Signal (TCWS) #1 is currently in effect. This may generally bring up to very light damage to structures and vegetation,” PAGASA said in its 11 p.m. weather bulletin.

Occasionally gusts reaching strong breeze to near gale in strength are possible in the next 24 hours over the coastal and upland/mountain areas of Extreme Northern Luzon, MIMAROPA, Bicol Region, Visayas, Caraga Region, and Northern Mindanao, the bureau added.

The remnants of Tropical Depression Nando, meanwhile, are expected to merge with Maring in the next 12 hours.

“The merger event between Tropical Storm Maring and the remnant low pressure area of Nando will likely be completed in the next 12 hours,” it said.

“Following the merger event, Tropical Storm Maring is forecast to gradually intensify within the forecast period. It may be upgraded to severe tropical storm category.”

Maring was last spotted 670 kilometers east of Virac, Catanduanes with maximum sustained winds of 85 kilometers per hour and gustiness of up to 105 kph.

It is moving north northwest at 30 kph.

Maring is forecast to move north northwest and northwest between Saturday night and Sunday over the Philippine Sea, then turn west northwest on Monday.

It will then move over the Luzon Strait and pass close or over the Babuyan Islands between Monday evening and Tuesday morning.

“However, the possibility of a landfall over mainland Luzon is not ruled out at this time. Afterwards, the storm is forecast to move generally westward over the West Philippine Sea beginning Tuesday through the remainder of the forecast period,” PAGASA said.  — VBL, GMA News

Trump says he would pardon Jan. 6 rioters if he runs and wins │ GMA News Online