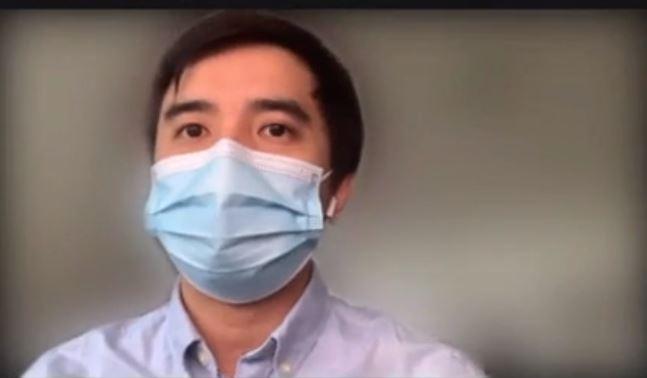 Pharmally Pharmaceutical Corporation director Linconn Ong was taken into custody by the Senate Office of the Sergeant-at-Arms (OSAA) on Tuesday afternoon.

He will be detained in the Senate building in Pasay City.

“Mr. Chairman, Mr. Linconn Ong is with the OSAA already…. He is already on the way here to the Senate,” Senate President Vicente Sotto III said during the Blue Ribbon Committee hearing on the alleged overpriced COVID-19 goods.

Ong was the first one to disclose that he was being asked by the OSAA to pack his things as he will be detained in the Senate building.

At the early part of the hearing, Sotto said the arrest warrants against Ong and other Pharmally officials are still standing.

Previously, Sotto said the arrest warrant against Ong was already served. However, Ong was made to stay in his residence as he tested positive for COVID-19, Sotto said.

During the previous Senate hearings, Ong and former presidential economic adviser Michael Yang were cited in contempt due to their “evasive” responses to the senators’ questions.

The panel had moved for their arrest.

The inquiry was sought after state auditors flagged the Department of Health’s transfer of P42 billion funds to the Procurement Service of the Department of Budget and Management for the purchase of face masks and face shields at the onset of the COVID-19 pandemic last year.

Pharmally Pharmaceutical Corporation, a small startup company, secured more than P8 billion worth of government contracts for the said procurement of personal protective equipment (PPEs), which were believed to be overpriced.—AOL, GMA News

HAPPENING NOW: In recognition of the significant role of tricycle drivers in the…