NOTICE TO THE PUBLIC! Cluster III: Island Hopping on the Islands of Guyam, Daku… 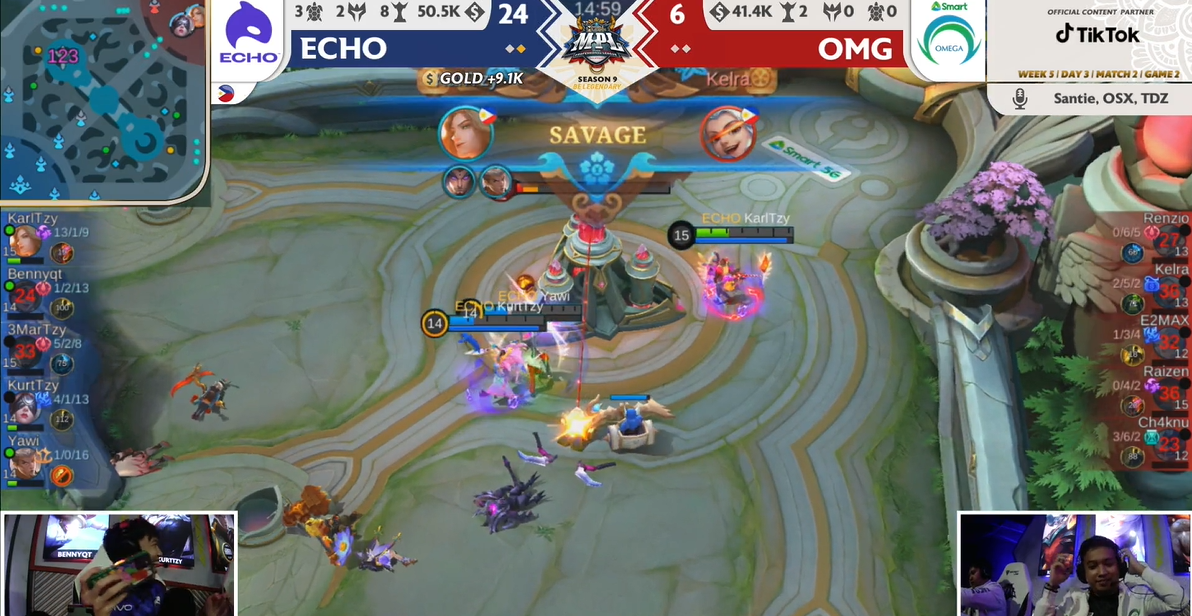 Karl “KarlTzy” Nepomuceno scored his first savage of the season to cap off Echo’s 2-0 sweep of Omega Esports in Week 5 of the Mobile Legends: Bang Bang Professional League (MPL) Philippines Season 9 on Sunday.

KarlTzy played with finesse throughout the series to help his team regain the top seed in the rankings as Echo now has 21 points going into the last three weeks of the regular season.

In Game 1, Omega engaged Echo into a dog fight and almost took the opener when Patrick James “E2MAX” Caidic (Kagura) bursted down KarlTzy in the 22nd minute followed by a mechanical outplay on Jankurt Russel “Kurtzy” Matira (Pharsa) for a 2-0 wipe and a luminous lord take.

But Echo fended off the final base turret push as Tristan “Yawi” Cabrera (Chou) executed a pinpoint flicker and Jeet Kun Do set-up on Duane “Kelra” Pillas (Kimmy) followed by a Way of the Dragon that paved the way for a luminous lord take.

Echo then pulled off a successful diversion tactic in the final minute where they baited Omega squad into a team fight while KarlTzy locked in on the base turret, 1-0.

The two-time MPL champions did not let up in Game 2, posting a 4-0 kill lead by the 3rd minute that they easily extended to a 10-0 kill spread at the 6th minute led by KarlTzy’s (Lancelot) 5-0-3 KDA.

The M2 World Championship MVP then almost single-handedly took the fight out of Omega with a Savage killing spree in the 14th minute to complete the sweep. He finished with a monstrous 13-1-9 KDA.

Omega’s chances of making it into the playoffs is slowly dwindling as they remain at seventh place with eight points. Only the top six squads will qualify for the playoff round.