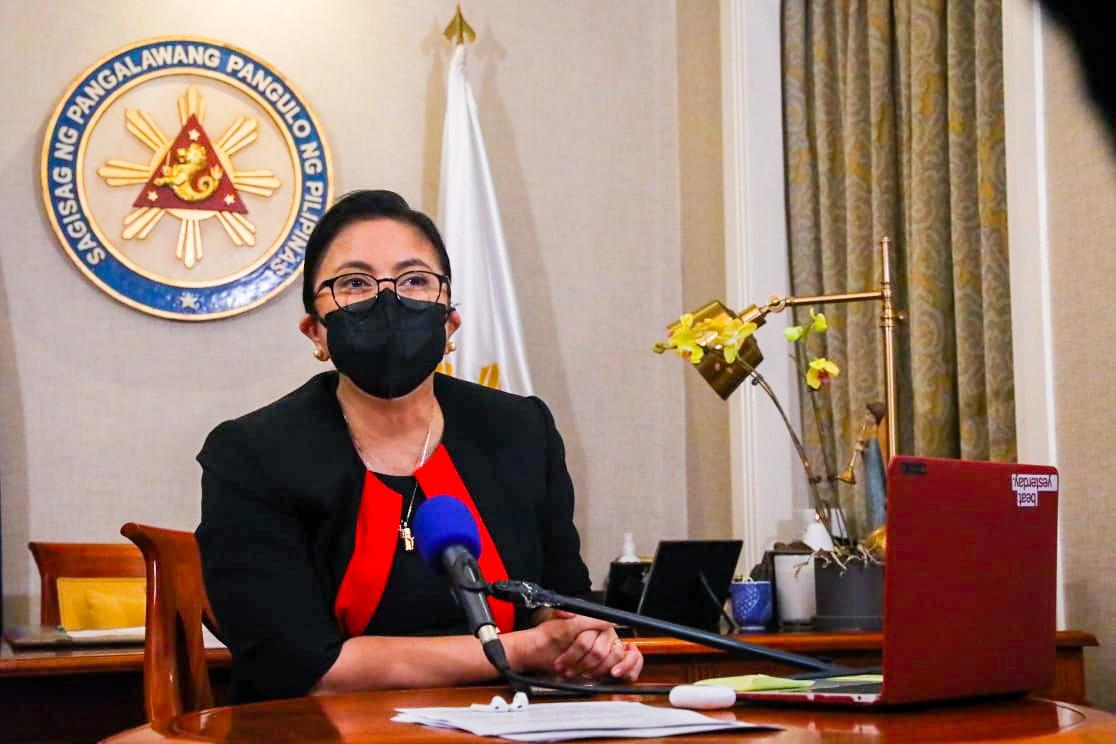 Vice President Leni Robredo on Saturday said she continued to hope and work for unity in the opposition, despite the declaration of presidential bids by Manila Mayor Isko Moreno and Senator Manny Pacquiao.

(I still have not lost hope because they have not yet filed their candidacies.)

(As for me, while I cannot reveal the details of my efforts, all I can say is, I still initiate. I continue to initiate talks with the parties involved, because I think that’s what is needed, to have a unity ticket because we know what we are facing.)

Robredo said she had met not just with Manila Mayor Isko Moreno and Senator Manny Pacquiao, but with others planning to run for president and vice president.

(I’ll keep working on it. We’ll still try to continue looking for avenues to have a formula that brings all [the opposition] together. There is still time. My decision depends… on coming together.)

Robredo said both she and Pacquiao agreed that the Duterte administration bets are formidable, thus the need for a united opposition.

However, there are complications, which include the sentiments of their supporters.

The filing of candidacies is scheduled from October 1 to 8. — DVM, GMA News