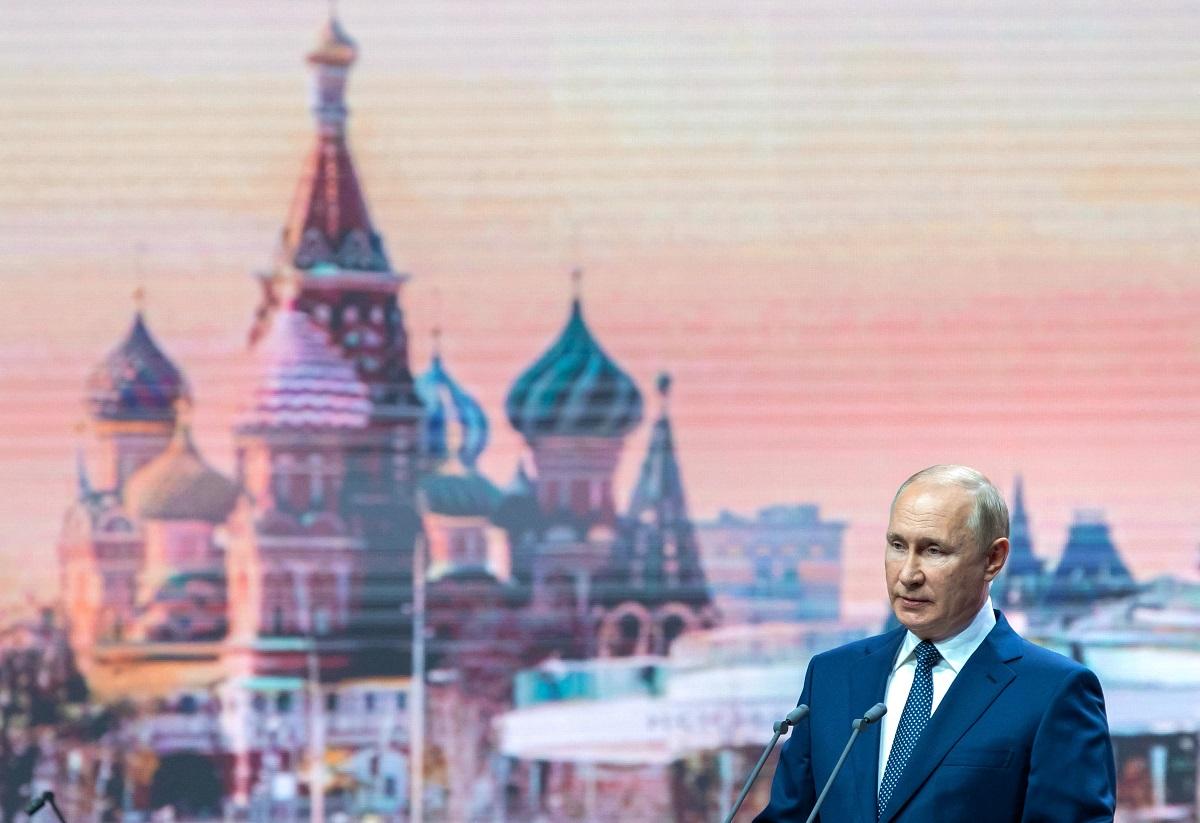 MOSCOW — Dozens of people in Vladimir Putin’s entourage have tested positive for the coronavirus, the Russian leader said Thursday, as his country struggles with high infection rates and a vaccine-skeptic population.

Earlier this week, 68-year-old Putin cancelled all in-person events and said he was self-isolating after announcing an outbreak in the Kremlin.

“Cases of the coronavirus were detected in my inner circle. Not just one or two but several dozen people,” Putin said, speaking via video link at a meeting of a Moscow-led security alliance.

Putin had been due to attend the meeting of the Collective Security Treaty Organization (CSTO) in Tajikistan’s capital Dushanbe in person, but said Tuesday he would instead join remotely.

Putin’s spokesman Dmitry Peskov on Thursday told reporters that the outbreak was mainly among members of Putin’s security detail.

He added that “practically everybody” who works with Putin is vaccinated.

While it remains unclear how long Putin will be in quarantine, Peskov said he will be self-isolating for “at least” another week.

News of the extent of the outbreak at the Kremlin comes a day before parliamentary elections open Friday in Russia.

They are staggered over three days to limit the spread of the virus.

Authorities have gone to great lengths to protect Putin—who said he has been vaccinated with Russia’s homegrown Sputnik V jab—since the start of the pandemic.

Foreign leaders, journalists and officials have all had to self-isolate before meeting the longtime Russian leader.

Putin this week met with Syrian President Bashar al-Assad and athletes returning from the Tokyo Paralympic Games, just before the Kremlin said he was self-isolating.

Russia has the fifth-highest number of recorded COVID-19 cases, according to an AFP tally, and has struggled to rein in infections despite easy access to vaccines.

According to the latest figures, the country has recorded more than seven million cases and 195,835 deaths, the highest death toll in Europe.

Infections have been falling in recent days after a spike this summer, but health officials still reported 19,594 new cases and 794 new deaths on Thursday.

Authorities have struggled with a vaccine-sceptic population, with independent polls showing that a majority of Russians do not plan to be inoculated.

As of Thursday, about 40.2 million of Russia’s 146 million people had been fully vaccinated, according to the Gogov website, which tallies COVID data from the regions.

Russia has several homegrown vaccines freely available to the public, but does not distribute any Western-made jabs.

Sputnik V has been approved in dozens of countries, including European nations, but is still pending approval from the World Health Organization (WHO) and Western regulators.

Moscow, the epicenter of Russia’s outbreak, and a host of regions have introduced mandatory vaccination measures to speed up the inoculation drive, and Putin has repeatedly called on Russians to get vaccinated.

The Kremlin initially set a goal of fully inoculating 60 percent of Russia’s population by September, but later dropped that target even though free jabs have been available since early December.

Russian authorities have been accused of vastly downplaying the effects of the pandemic and, after a tight first lockdown in 2020, have refrained from introducing new restrictive measures. — AFP