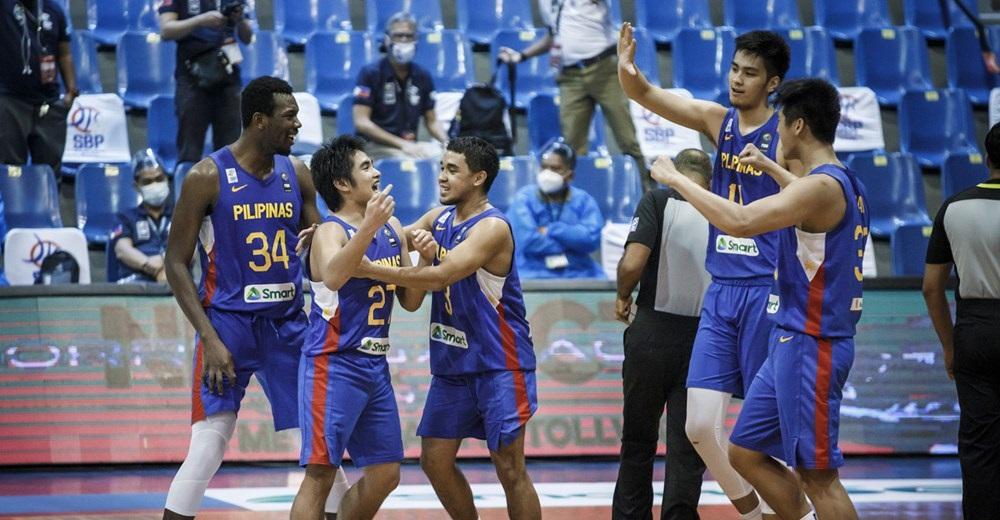 Gilas Pilipinas’ thrilling 81-78 triumph over South Korea in the 2021 FIBA Asia Cup Qualifiers was one for the books as the nationals displayed total team effort to eke out a win.

But head coach Tab Baldwin singled out his gritty guards—SJ Belangel and RJ Abarrientos—who both held their grounds against tougher and more experienced Koreans.

Baldwin, whose wards are through to the 2021 FIBA Asia Cup in August, said their win was anchored on the toughness and ferocity flaunted by the two budding cagers who filled in the shoes of injured players Matt Nieto and Rey Suerte.

“Both of those guys, they really control certain phases of the game with their ball screen play,” said Baldwin.

“I thought RJ did a great job when we put him in there and SJ was tough throughout the game,” he added.

While Belangel, 6-foot, and Abarrientos, 5-foot-11, are among the smallest in height on the court, Baldwin said their hearts were the biggest.

Belangel buried one from deep with 2.9 seconds left in the game clock to seal the game for the Filipinos, sending them to the regional cagefest slated in Indonesia.

The Ateneo playmaker finished the game with 13 points along with five rebounds and two assists while Abarrientos, the nephew of PBA legend Johnny Abarrientos, grabbed six markers, one board, and three dimes.

And for Baldwin, Belangel and Abarrientos are living proof that small ball is still alive in the sport.

“It just goes to show you that small bodies but big hearts still have a place in the game of basketball,” he said.