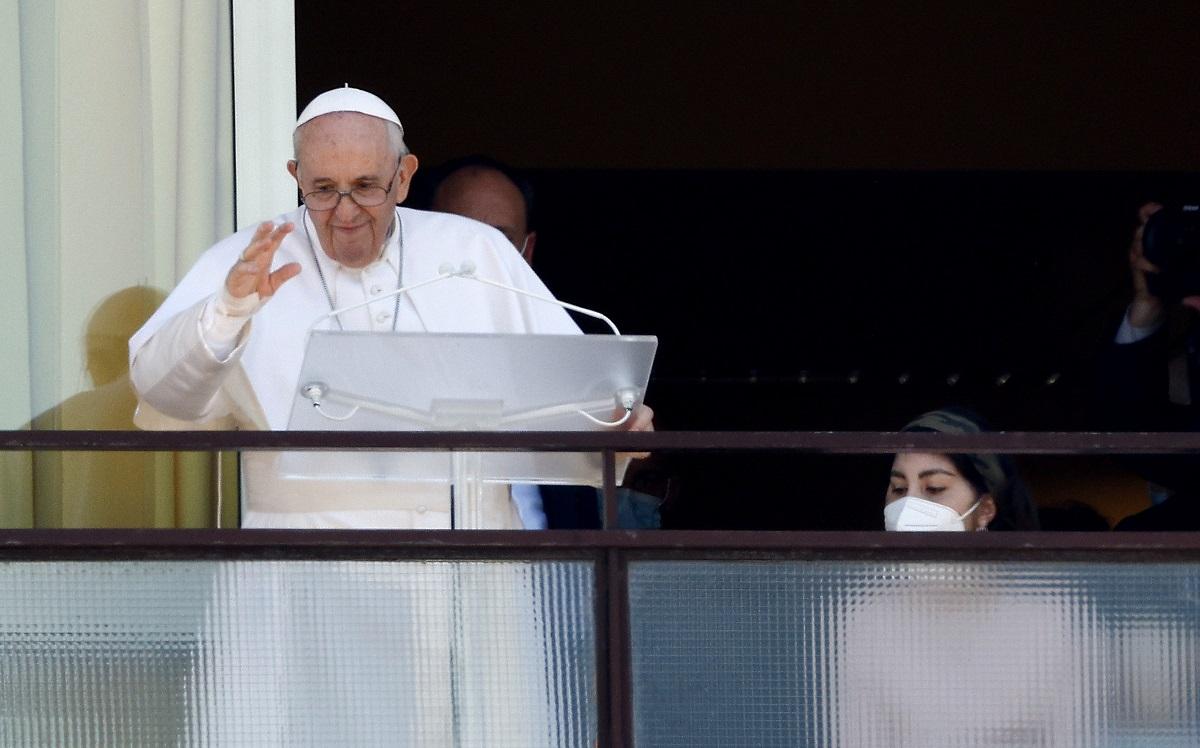 ROME — Pope Francis, seeming in good overall condition, appeared in public on Sunday for the first time since undergoing intestinal surgery a week ago and made a plea for free universal healthcare.

The 84-year-old pope, who had part of his colon removed in the surgery, stepped out on the balcony of his suite on the 10th floor of Rome’s Gemelli hospital to lead his weekly prayer before hundreds of cheering people below.

He stood for about 10 minutes, reading from a prepared text but also adding many impromptu remarks.

He appeared to be slightly short of breath at times and his voice was occasionally raspy. He had part of one of his lungs removed when he was a young man in his native Argentina.

Hundreds of people gathered in the open space below shouted “Viva il Papa!” (Long Live the Pope) and waved national flags. Doctors and patients stood on other balconies to watch.

In the mostly improvised part of his talk, Francis said good healthcare should be accessible to all and free.

“In these days that I have been in hospital, I saw once more how important it is to have a good healthcare system that is accessible to all, as it exists in Italy and in other countries,” he said.

“A health service that is free and guarantees good service accessible to all… This precious good should not be lost. It must be maintained and everyone should be committed to this. Because everyone needs it…,” he said.

Healthcare is a major political issue in the United States, one of the few industrialized countries that does not have universal cover for its citizens.

According to the World Health Organization, universal health coverage means that all have access to health services they need without financial hardship.

Children with the Pope

Several children who are patients in the hospital appeared with the Pope on the balcony. “Why children have to suffer is [a question] that touches the heart,” he said.

It was the first time since his election as pope in 2013 that Francis has not read the Sunday prayer and message from a window overlooking St. Peter’s Square, expect for when he was traveling.

Francis criticized managers of Church-run hospitals whose first thought, he said, is to close when economic difficulty hits.

“Your vocation as a Church is not to have money but to be of service, and service is always free,” he said in part of his unprepared remarks.

Before closing with his traditional final remark of “Have a good lunch and goodbye until we see each other again,” Francis appealed for an end to “the spiral of violence” in Haiti, where President Jovenel Moise was assassinated on Wednesday.

The Vatican did not issue a daily medical bulletin on Sunday. On Saturday it said the pope was continuing a normal recovery, gradually resuming work, walking and eating with aides, and that his blood tests were satisfactory.

Doctors had originally foreseen a seven-day stay in hospital for the pope, but there was no indication when he would be discharged. — Reuters