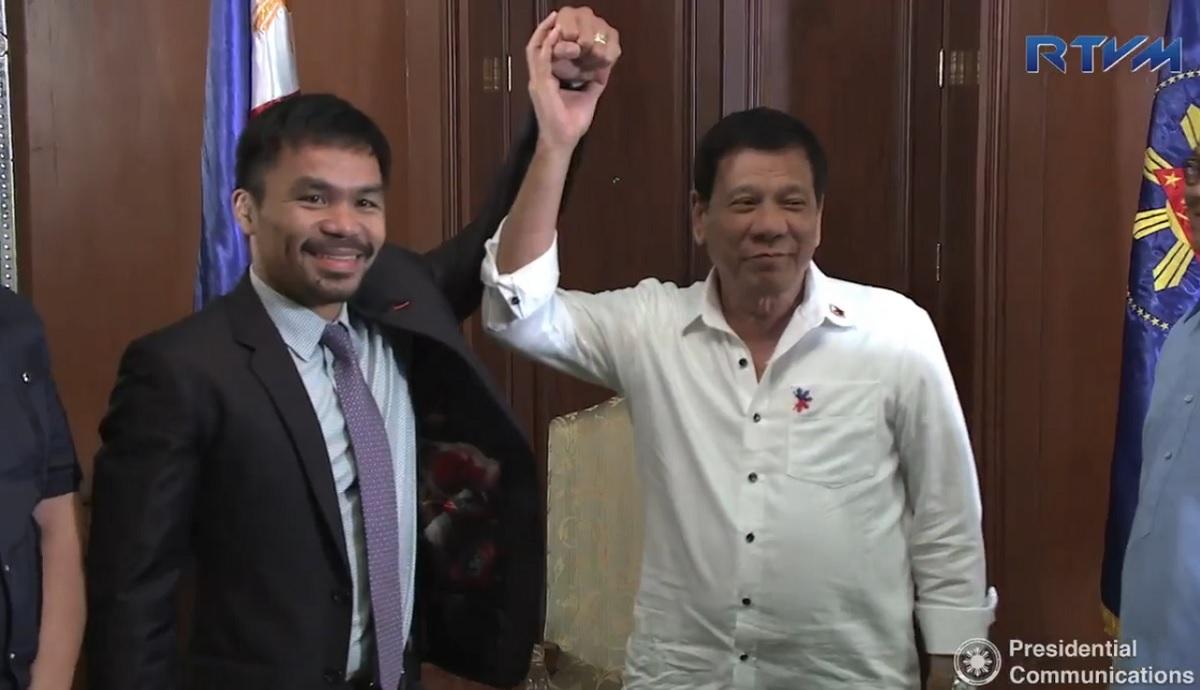 Senator Panfilo Lacson and Senate President Vicente Sotto III advised Senator Manny Pacquiao to be careful with exposing alleged corruption in the government as this may backfire.

In a radio interview, Lacson narrated that Pacquiao sought an audience with them on Thursday where they talked about the ongoing word war between the lawmaker from General Santos City and President Rodrigo Duterte.

(He told us: “Boss, I have a lot of plans.” But I told him to “check your evidence first because you might be fed with fake evidence or documents and that may backfire.”)

(“In case you have real evidence, it is best that you must study it first.” It seems like he is very eager and even said, “I have all the evidence. I won’t talk about it if I don’t have any.”)

Lacson mentioned that Pacquiao claimed having documents on the alleged corruption which apparently reached even high government offices.

Lacson said he and Sotto chose not to press Pacquiao further on his supposed knowledge on government corruption.

(He said, “I will reveal something in the media on Saturday before I leave for my fight.”)

Recently, Pacquiao had accepted the challenge from Duterte to name specific instances of corruption, after the lawmaker-boxer criticized corruption under the Duterte’s watch.

Moreover, Lacson said he hopes the argument between the two allies will not become personal.

(It is very saddening to see two good friends arguing. You can feel that they are falling out.)

In his recent public addresses, Duterte repeatedly hit Pacquiao over the latter’s criticisms about the President’s stance on the West Philippine Sea and the worsening of corruption under the current administration. -MDM, GMA News