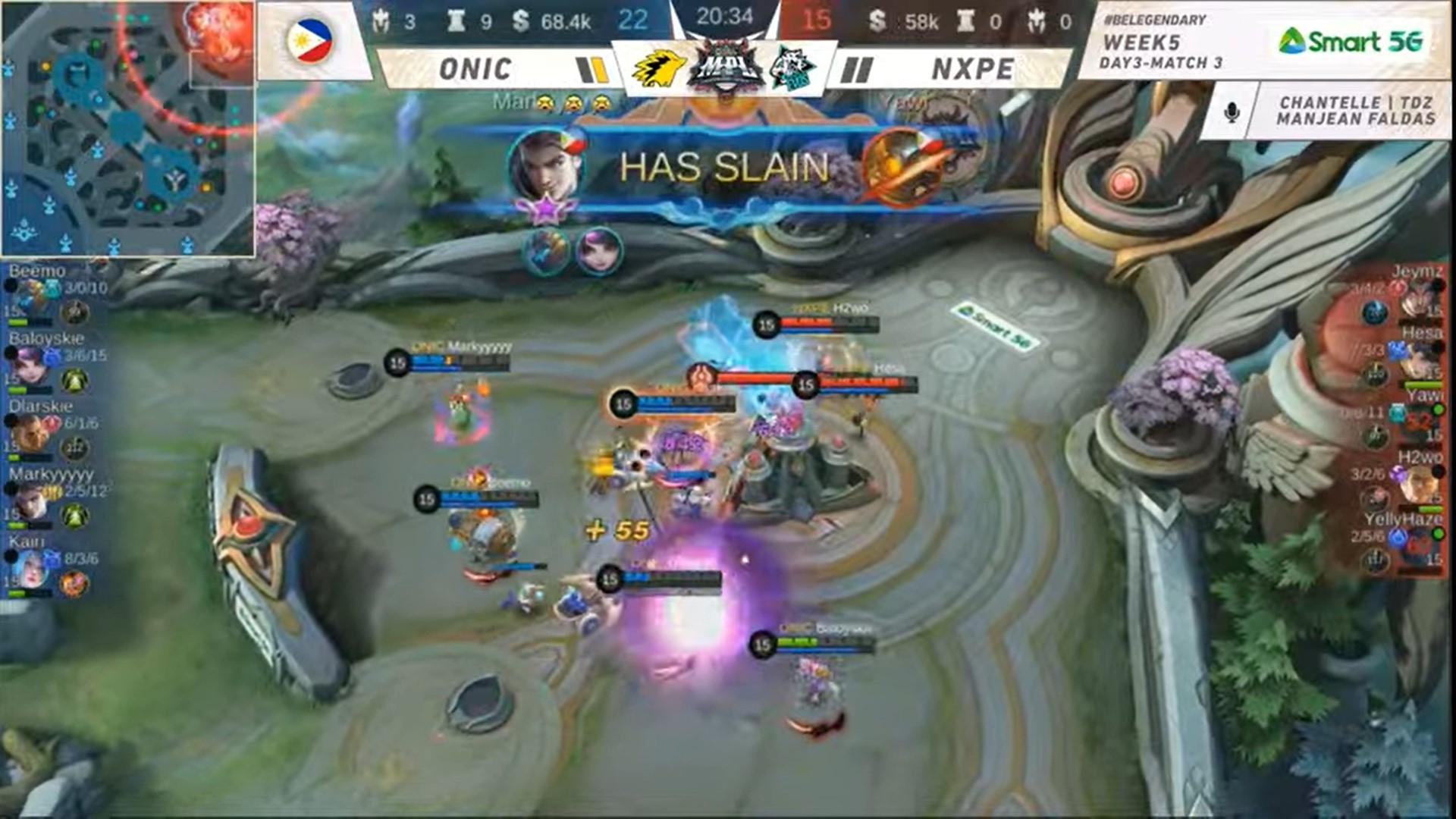 Onic Philippines solidified their bid for a top two finish in the regular season with a sweep of NXP Evos, 2-0, in the Mobile Legends: Bang Bang Professional League (MPL) Philippines Season 8 on Sunday.

They have now accumulated 22 points in 11 matches for solo second place with a 7-4 win-loss card to extend their lead in the rankings against RSG Philippines and Echo who both have 16 points.

Onic quickly pulled ahead in Game 1 by the 3rd minute as Kairi took an early 3-0-0 KDA for a 2k gold lead.

They expanded the gold lead to 4.5k by the 6th minute on the back of a 6-1 kill lead as Onic never looked back and finished off NXPE by the 11th minute.

Onic then introduced the jungler Karina in Game 2, its first appearance this season, that helped them win the early game battle and put up a 3k gold lead by the 7th minute.

But NXPE was playing with urgency as they held on to extend the game into the late game only for Onic to use a luminous lord in the 20th minute to complete the sweep, 2-0.

Kairi had a solid 8-3-6 KDA while Gerald “Dlarskie” Trinchera (Paquito) lorded over the exp lane with a 6-1-6 KDA.

Onic had previously defeated NXPE, 2-0, in Week 2 of this current season.

NXPE remains in 6th place with 11 pts, a point ahead of Omega Esports for the last slot to the playoffs.