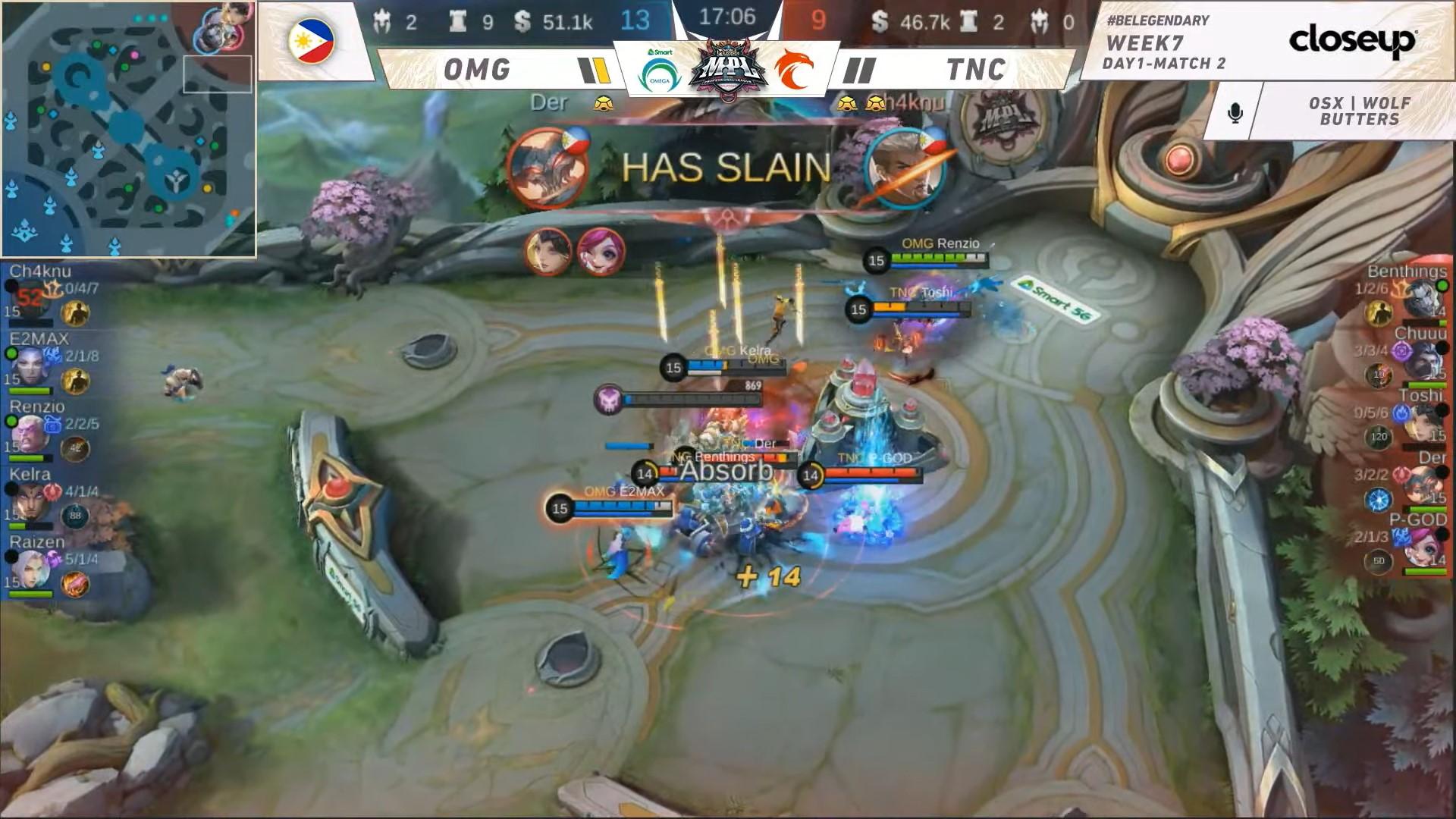 The win streak has helped Omega firm their grip on a spot in the upper half of the standings, now with 19 points with two matches remaining this season, while eliminating TNC in the process.

Despite facing a draft much superior in the early to midgame, Omega was the one who imposed themselves early on helping Dean “Raizen” Sumagui (Hayabusa) reach a 3-0-2 KDA by the 7th minute after a 2-1 exchange.

It looked like a comeback was on the way when TNC put together three consecutive unanswered pickoffs in the 13th minute but Patrick “E2MAX” Caidic (Pharsa) stopped them on their tracks with a clutch lord steal that  Duane “Kelra” Pillas followed up with a double kill.

Omega was all business in Game 2 as they quickly took control of the match tempo with a 3-1 opening salvo on Raizen’s double in the 3rd minute. Raizen (Ling) snowballed right away, reaching a 4-0-1 KDA by the 6th minute.

They never looked back from there as they completely shutdown TNC to take another win via sweep.

Raizen continues to prove himself as one of the premier jungler in the MPL with another solid performance, finishing with a 7-1-4 KDA.

Monsoon trough to bring rains over NCR, rest of the country