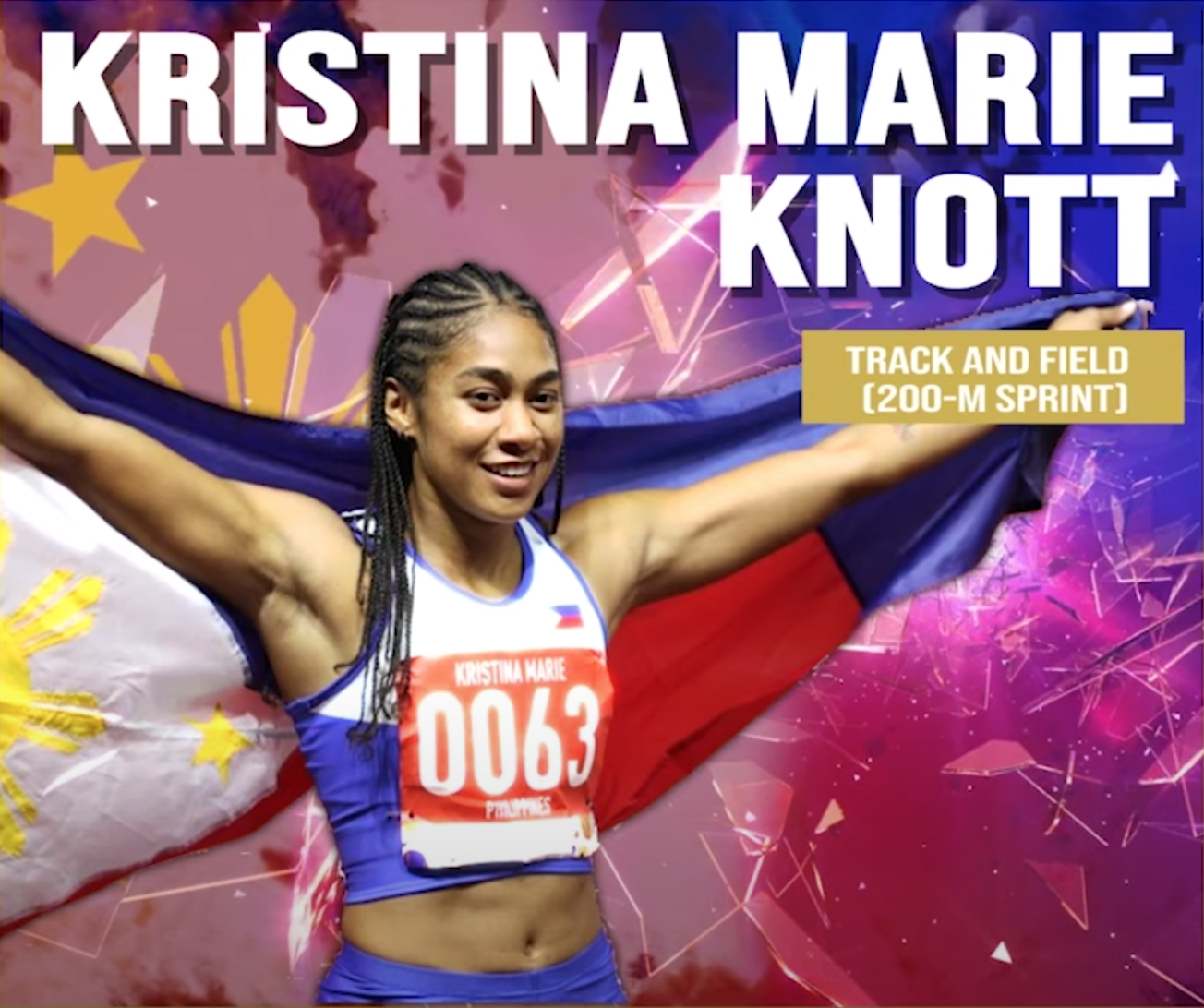 Aside from taking home the gold medal for the Philippines, sprinter Kristina Knott said she hopes to inspire young girls to live their dreams.

According to the Stand For Truth Olympic Series, Knott is one of the ten women who will be representing the Philippines in the upcoming Tokyo Olympics.

“I guess my target is just seeing like the little girls like just showing them like hey, women out here killing this so you have to come through and kill it too,” Knott said.

“That’s all the publicity that I need… just making sure that little girls see me like hey, and they’re getting inspired from me,” she added.

Knott broke the more than three-decade record of Lydia De Vega of 23.35 seconds as well as the  2001 SEA games record of Supavadee Khawpeag of Thailand of 23.07 seconds.

Though reluctant at first, she later said that track and field allowed her to experience the Filipino culture.

“The motivation was to learn my Filipino side. I just felt like it was the perfect opportunity to learn the Filipino culture and what better way [than] through sports?” she said.

“Track and Field has given me the opportunity to go to the Philippines, live there, be fully embedded in the culture… and to meet the family that I never would have met if I didn’t come over,” she added.

Though this is her first time in the Tokyo Olympics, Knott said she is sure that she will learn many things.

“This is my first time going into the games. I’m not experienced but I am coachable and I am open to learning. So this is the beginning for me. So I have no idea what it’s going to be like but for sure I’m going to be soaking it all up,” she said. — Joahna Lei Casilao/BAP, GMA News