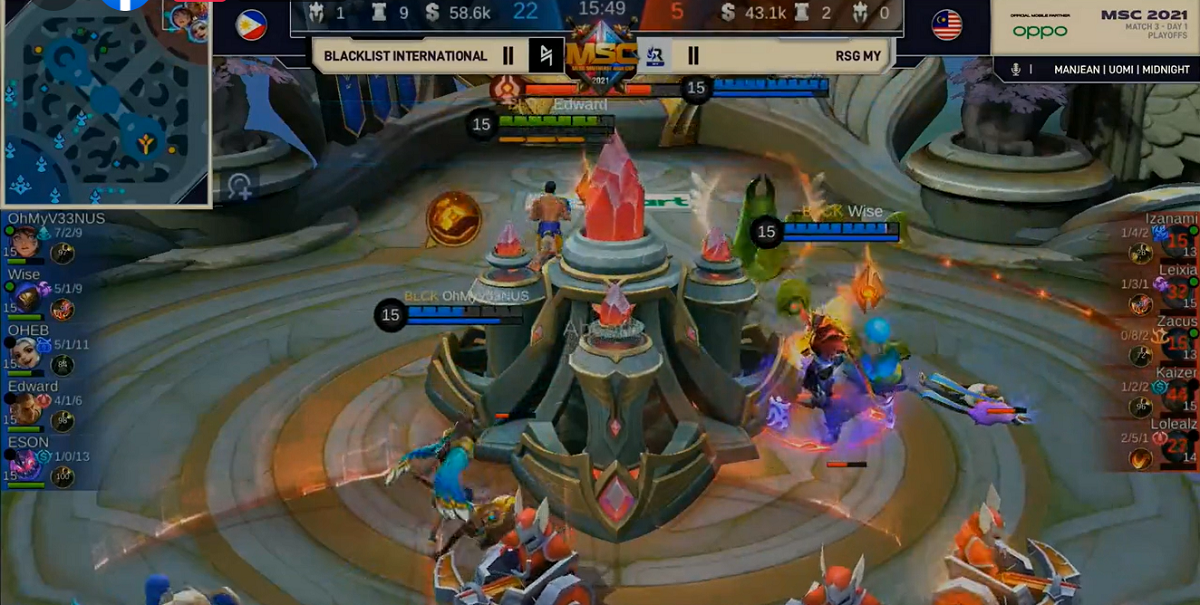 Blacklist International displayed another dominant performance with a 2-0 sweep of RSG Malaysia to barge into the upper bracket finals of the Mobile Legends: Bang Bang Southeast Asian Cup (MSC) 2021 on Friday.

It was another methodic win for Blacklist, who has not dropped a game so far in the tournament, keeping a 6-0 immaculate run.

The Tier One-backed squad took an early 3k gold lead in the 4th minute of Game 1 after a Kiel “OHEB” Soriano (Harith) double kill put them up 6-2 on the kill tally.

Jhonmar “OhMyV33nus” Villaluna (Mathilda) then completed a dominant performance by registering a godlike streak in the 10th minute as he led a 13-3 Blacklist rampage with a 7-0-4 KDA .

The MLBB Professional League (MPL) Philippines Season 7 champs scored a 5-0 wipeout in the 15th minute as they finished off their Malaysian counterparts with a 22-5 kill tally, 1-0.

The reigning MPL Malaysia champion’s resurgence was in full display in Game 2 as they took a slim 1k lead in the early game, courtesy of superior rotations that helped them secure objectives.

But an 8th minute 2-0 wipe by Blacklist turned the game around for the Filipino champs. They sustained the momentum as they built a 4k gold lead in the 10th minute.

A 12th minute Luminous Lord helped the Bon Chan-mentored squad to complete takedowns of all RSG MY inhibitor turrets and scored the game winner in the 13th minute.

Danerie “Wise” Rosario (Granger) was the clincher MVP after he finished with a 6-1-5 KDA. OhMyV33nus supplemented with a 1-1-10 KDA on the Popol and Kupa.

They will await the winner of the Execration-Evos Legends (Indonesia) match-up to dispute the first ticket to the tournament grand finals.