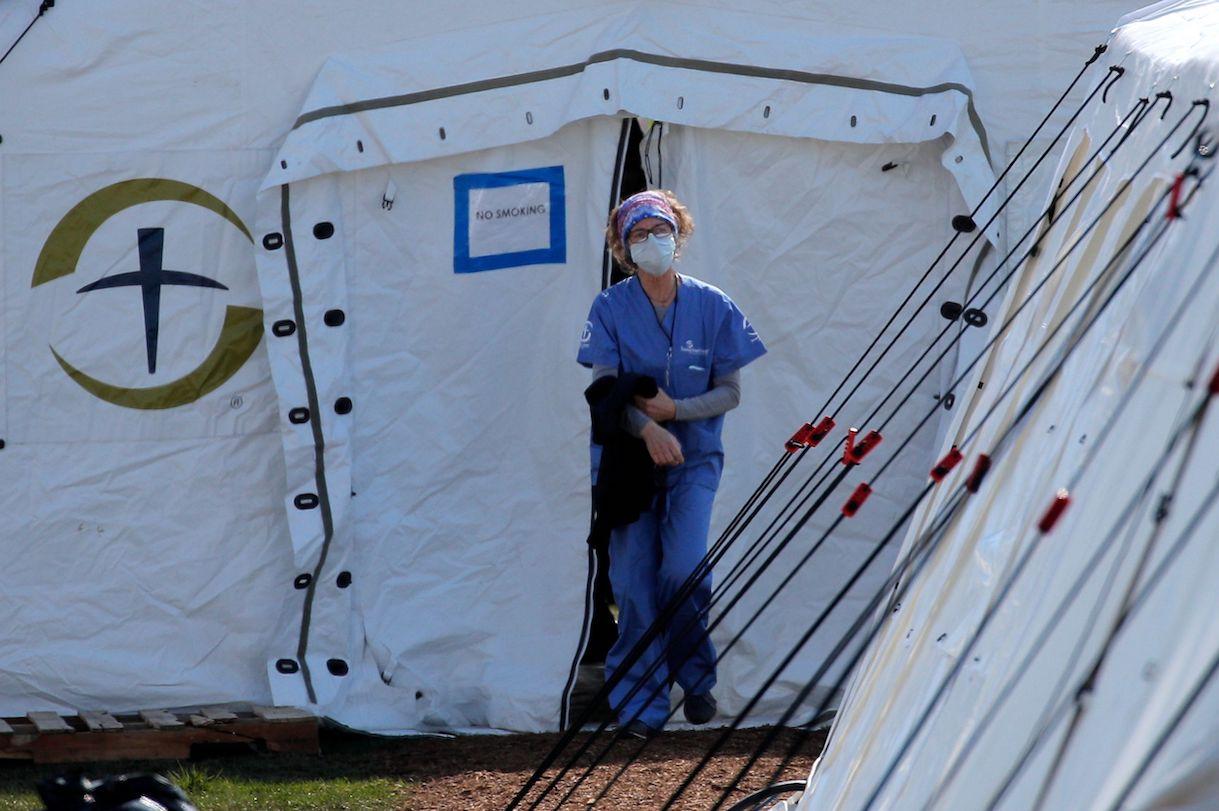 NEW YORK – New York hospitals were preparing to fire thousands of healthcare workers for not complying with a COVID-19 vaccine mandate taking effect on Monday, with some in the upstate region curtailing services to cope with staffing shortages.

The Erie County Medical Center (ECMC) in Buffalo has suspended elective inpatient surgeries and will not accept intensive-care patients from other hospitals as it prepares to fire hundreds of unvaccinated employees, a spokesperson said.

Catholic Health, one of the largest healthcare providers in Western New York, had said it would postpone some elective surgeries on Monday as it works to boost its vaccination rate, which reached 90% of workers as of Sunday afternoon.

Peter Cutler, a spokesman for ECMC, said the decision to curtail some operations would hurt the hospital financially, with elective inpatient surgeries bringing in about $1 million per week, in addition to inconveniencing patients.

“We had to make a decision as to where we could temporarily make some changes so that we could ensure other areas of services are as little affected as possible,” Cutler said. “Financially, it’s a big deal.”

New York’s state health department issued an order last month mandating that all healthcare workers receive at least their first COVID-19 shot by Sept. 27, triggering a rush by hospitals to get as many of their employees inoculated as possible.

New York Governor Kathy Hochul said on Saturday that she was considering employing the National Guard and out-of-state medical workers to fill likely staffing shortages, with 16% of the state’s 450,000 hospital staff not fully vaccinated.

The inoculation push comes amid a broader battle between state and federal government leaders seeking to use vaccine mandates to help counter the highly infectious Delta variant of the coronavirus and workers who are against such requirements, many claiming religious grounds for their objections.

New York City Mayor Bill de Blasio told a news conference on Monday that hospitals in the city were not seeing major impacts from the mandate, but that he was worried about other areas of the state where vaccination rates are lower.

Of the 43,000 employees at the city’s 11 public hospitals, about 5,000 were not vaccinated, Dr. Mitchell Katz, head of NYC Health + Hospitals, said at the news conference.

Katz said 95% of nurses were vaccinated and all of the group’s facilities were “open and fully functional” on Monday.

Healthcare workers who are fired for refusing to get vaccinated will not be eligible for unemployment insurance unless they are able to provide a valid doctor-approved request for medical accommodation, Hochul’s office said.

It was not immediately clear how pending legal cases concerning religious exemptions would apply to the state’s plans. A federal judge in Albany temporarily ordered New York state officials to allow religious exemptions for the state-imposed vaccine mandate on healthcare workers. — Reuters