NBI reenacts scenes at hotel where Bree was found dead 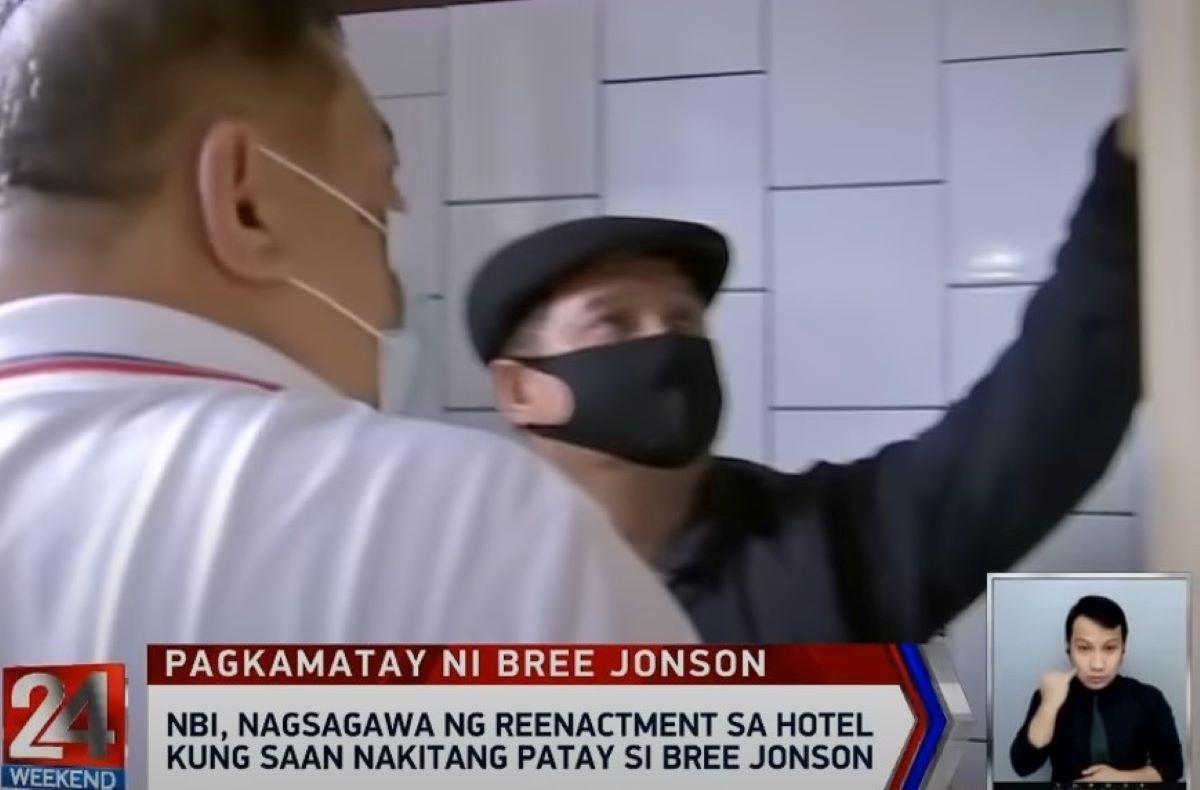 Members of the National Bureau of Investigation (NBI) forensic team on Saturday conducted an inspection, and reenactment of some of the scenes at a hotel in La Union where visual artist Bree Jonson was found dead on September 22, 2021.

In an exclusive report, John Consulta on “24-Oras Weekend” said that NBI director Eric Distor personally led the inspection and reenactment of some scenes in the parallel probe by the agency, following the Philippine National Police’s initial investigation.

According to the report, the forensic team conducted an inspection of the places in the hotel where Bree Jonson and Julian — son of businessman Roberto Ongpin — had gone to, including their hotel room.

Also, the NBI team inspected the bathroom where Bree was found dead and the window where Julian supposedly forced himself through to get to unconscious Bree.

On the other hand, agents of from the NBI’s Death and Investigation Division conducted the reenactment after the scene inspection, the report added.

(We want to see the physical evidence, especially the scene of the incident so that we will be able to establish what really happened.)

After the re-autopsy and the collection of tissue samples from the victim, all the pieces of evidence and data will be brought to the NBI laboratory in Quezon City for analysis, the report added.

Likewise, the NBI will conduct a psychological autopsy on Bree — through interviews with her family, relatives, and friends to look into who the artist really was as a person.

Earlier on on Saturday, the PNP welcomed the decision of the Department of Justice to take over the preliminary investigation into the drug case filed against the young Ongpin.

Julian is facing a criminal complaint for possession of drugs after police authorities recovered 12 grams of cocaine in the room he shared with Jonson.

He also tested positive for cocaine.

Meanwhile, Eleazar said the PNP and the NBI will continue investigating the death of Jonson, who was earlier reported to have supposedly committed suicide.

Initial findings on the autopsy report showed that the cause of Jonson’s death was asphyxia.

However, Jonson’s mother believes that her daughter did not commit suicide and fought for her life due to the “wounds ” on Ongpin’s arm.

Ongpin had told the police that he got the wounds while attempting to break through a small window into the bathroom, where he saw Jonson unconscious.

Easterlies to bring isolated rains over NCR, rest of country