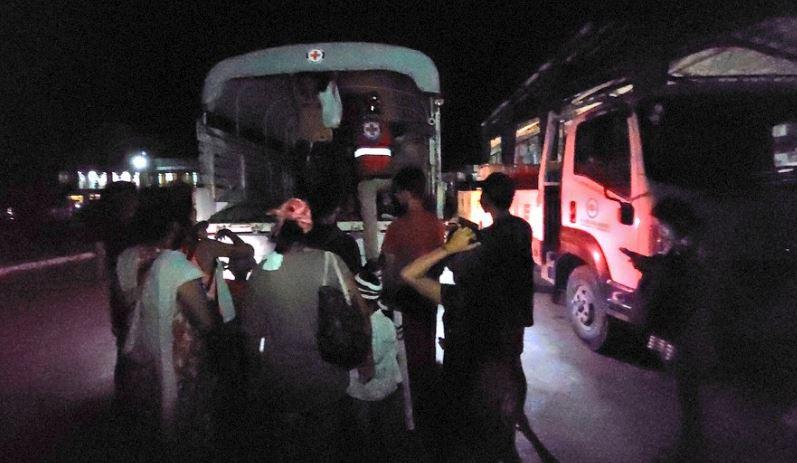 More than 3,000 individuals or 1,000 families have been evacuated from their homes in Batangas as of Sunday due to the unrest of Taal Volcano, the Provincial Disaster Risk Reduction and Management Office said.

He added that some evacuees stayed at relatives’ houses.

(More than 400 families who evacuated are not staying at evacuation centers since they sought shelter at relatives’ houses.)

Castro added that Cavite, Laguna and Quezon also have evacuation centers that are ready to accept evacuees from Batangas.

The provincial government has already asked the national government for P10 million worth of financial assistance,” Batangas Vice Governor Mark Leviste said Sunday in a separate interview on Dobol B TV.

(Early on we were already monitoring the situation at Taal Volcano… The provincial government asked for P10 million worth of financial assistance.)

Leviste said hygiene kits are very much needed at evacuation centers. Some kits were already sent to the municipalities of Agoncillo and Laurel.

He added that the Department of Social Welfare and Development has already sent 200 tents, and 300 more are expected to be delivered.

With regards to preventing the transmission of COVID-19, Leviste said that in Laurel, an evacuation center houses only residents from one barangay to facilitate contact tracing if needed.

The national government has also sent antigen test kits to be used in monitoring the health of evacuees, Leviste said.

The vice governor added that assets and resources of the provincial government are on standby and ready to be used.

(The giving of financial assistance to residents affected by the Taal Volcano unrest and the COVID-19 pandemic continues.)

Leviste said the province is also monitoring the weather.

(Aside from the pandemic, we have bad weather. Almost every day, it has been raining even before the volcano erupted.)

Leviste appealed to the public not to visit the province yet if there is no important reason.

(Avoid going to Batangas if the trip is not that important… Yesterday the sulfur dioxide emission from Taal Volcano was at its highest. This may cause cough, cold or illness especially among those staying near Taal Volcano.)

Taal Volcano erupted on Thursday afternoon, giving rise to a kilometer-high phreatomagmatic plume. The Philippine Institute of Volcanology and Seismology raised the Alert Level from 2 to 3.

On Sunday, Taal Volcano continued to emit high levels of volcanic sulfur dioxide or SO2 as it remained under Alert Level 3 status.

In its 8 a.m. Taal Volcano bulletin, PHIVOLCS reported that the Taal Main Crater generated as much as 2,500 meters of volcanic sulfur dioxide or SO2 gas emissions and steam-rich plumes in the past 24 hours. —KG, GMA News

Easterlies to bring scattered rains over parts of Luzon

PNP: NCR areas under granular lockdown down to 73