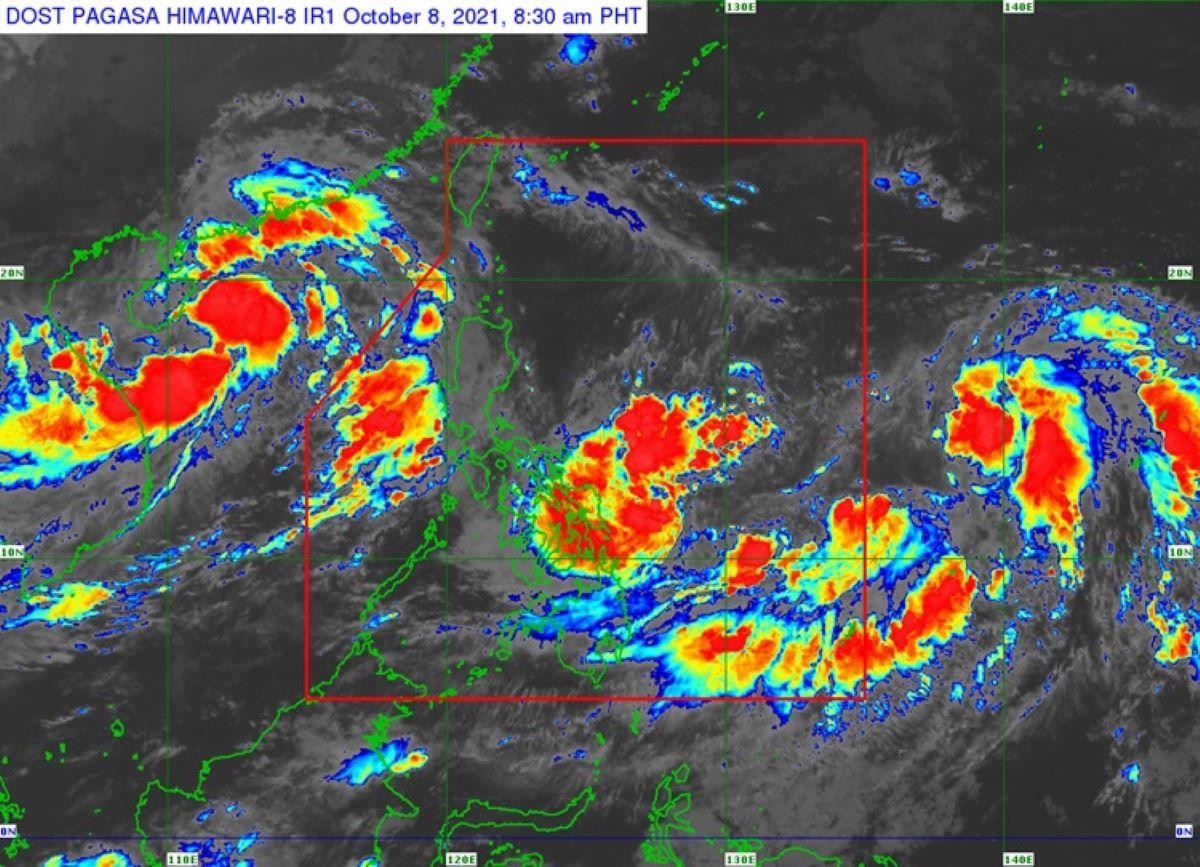 The trough of Tropical Depression Maring is wil possibly bring light to moderate with at times heavy rains over some areas in Luzon and the Visayas, as it slightly intensifies while moving erratically over the Philippine Sea, PAGASA said Friday.

In its 11 a.m. bulletin, PAGASA said light to moderate with at times heavy rains will be possible over Bicol Region, Eastern Visayas, Caraga, Cebu, and Bohol due to the trough of the tropical depression.

Meanwhile, light to moderate with at times heavy rains may begin affecting Occidental Mindoro, Palawan, and the rest of Visayas on Saturday as the southwesterly winds enhanced by the depression begins to affect the central portion of the country.

No Tropical Cyclone Wind Signal (TCWS) was issued, but based on the current track and intensity forecast, there is a moderate to high likelihood that wind signals will be hoisted over several provinces in Northern Luzon by early or mid-Saturday.

PAGASA said that due to the uncertainty in the track and intensity forecast, there is a possibility that areas outside Northern Luzon may also be placed TCWS, and that a higher wind signal may still be hoisted within the forecast period.

Thus in the next 24 hours, moderate to rough seas will prevail over the seaboards of Luzon and the eastern and western seaboards of Visayas and Mindanao.

Conditions will be risky for those using small sea crafts, and mariners are advised to take precautionary measures when venturing out to sea and, if possible, avoid navigating in the said conditions.

The state weather bureau said Maring will continue moving erratically as it gradually consolidates over the next 12 to 24 hours.

It is forecast to remain a tropical depression in the next 12 hours, and gradual intensification may take place beginning Saturday.

As of 10 a.m., the center of Tropical Depression Maring was estimated based on all available data at 495 km east of Catarman, Northern Samar or 400 km east of Borongan City, Eastern Samar.

It has maximum sustained winds of 55 km/h near the center, gustiness of up to 70 km/h, and central pressure of 1002 hPa

It is moving southwestward at 15 km/h, with strong winds or higher extend outwards up to 300 km from the center. —LBG, GMA News