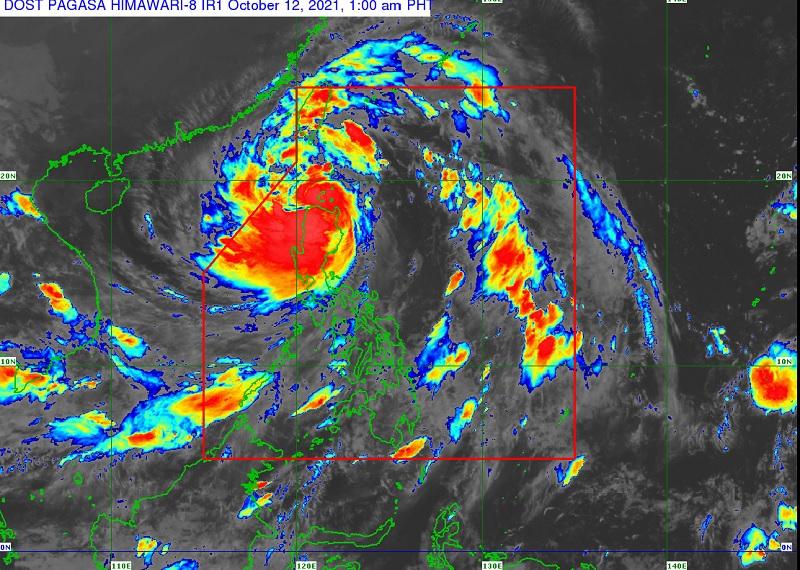 On Tuesday, heavy to torrential rains are highly likely over Batanes, the northern portion of Cagayan including Babuyan Islands, Cordillera Administrative Region, and Ilocos Region.

Meanwhile, moderate to heavy with at times intense rains are highly likely over

Scattered to widespread flooding, including flash floods, and rain-induced landslides are expected in areas susceptible to these dangers.

Tropical Cyclone Wind Signal (TCWS) No. 2 is hoisted over the following areas:

TCWS Signal No. 1 has been raised over the following areas:

Rough to high seas will be experienced over the seaboards of areas under TCWS No. 2 and No. 1, making the waters condition risky for all types of sea vessels. The weather bureau advised mariners to remain in port or take shelter in port until winds and waves subside.

Maring is expected to pass close to or over the islands in the Babuyan Archipelago and continue to move westward over the Luzon Strait and the West Philippine Sea and is expected to exit the Philippine Area of Responsibility (PAR) by Tuesday morning or afternoon. — BAP, GMA News

Man lost at sea says he survived on ketchup for 24...