Man who killed own sister, tried to shoot brother arrested 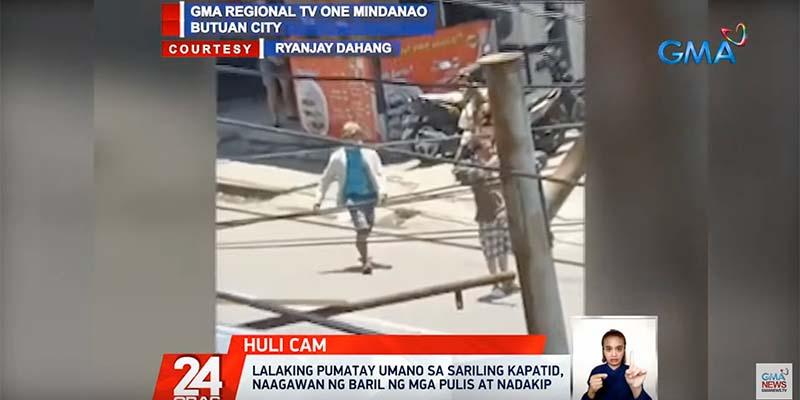 Police authorities on Wednesday arrested a man who killed his sister and attempted to kill his brother in Butuan City.

A report by GMA Regional TV’s Sarah Hilomen-Velasco on “24 Oras” showed the suspect carrying a gun while waiting. A few moments later, a police officer in civilian clothing approached the suspect from behind and seized his firearm.

While distracted by the officer, other cops quickly approached and apprehended the suspect.

[At 11 a.m. we heard a tire seemingly going off. When the mechanic checked, he found that it was the suspect. We ran away because we might get involved.]

Police said the suspect was also searching for his brother, Ryan Cuenca, who was outside his office.

The suspect also attempted to shoot him, but Ryan managed to hide. The suspect was apprehended shortly after.