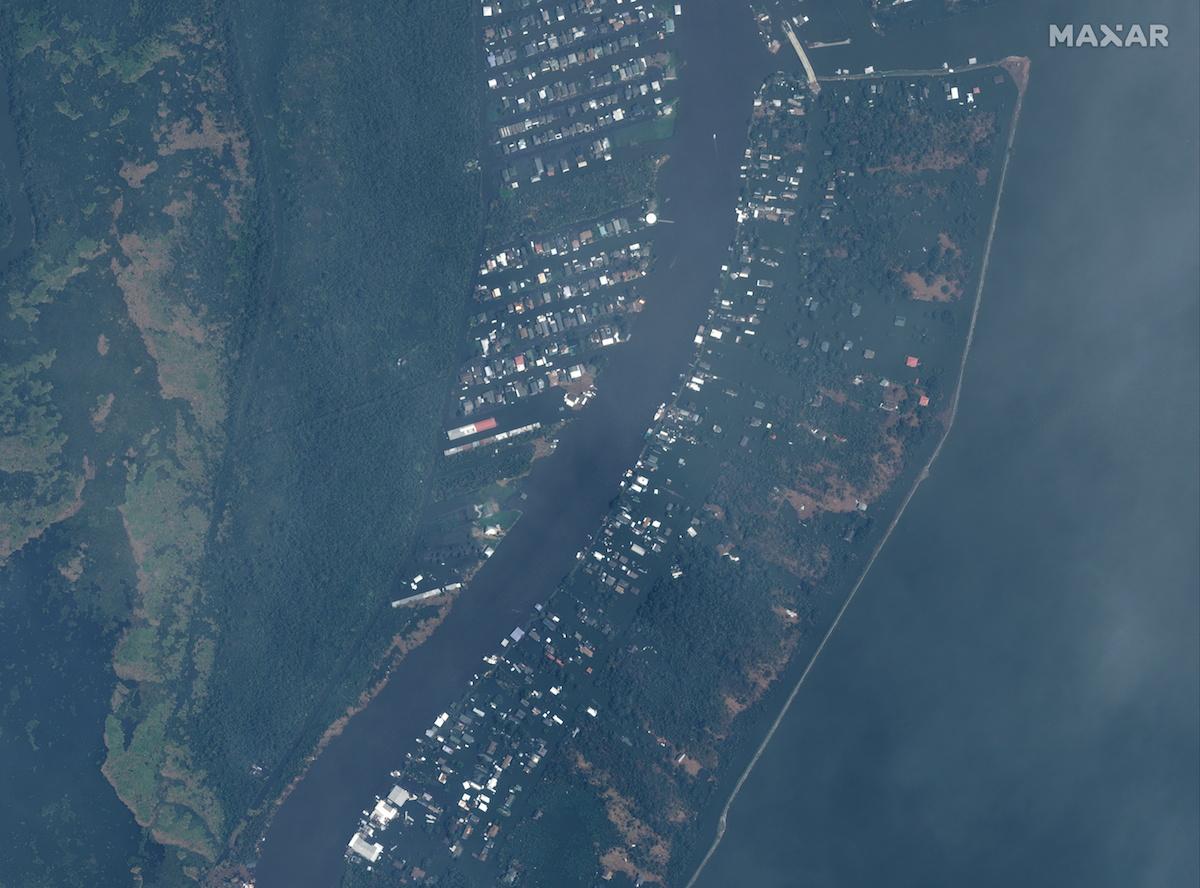 A 504-pound alligator believed to have killed a 71-year-old Louisiana man in Hurricane Ida floodwaters has been captured with what appears to be human remains in its stomach, the St. Tammany Parish Sheriff’s Office said.

The 12-foot alligator’s capture ended a two-week search by local and state agencies for Timothy Satterlee Sr., who had last been seen on Aug. 30 checking the storm damage outside his home in Slidell, about 35 miles (55 km) northeast of New Orleans.

The attack occurred the day after Ida, one of the most powerful hurricanes ever to strike the US Gulf Coast, slammed Louisiana, causing devastating flooding in some areas outside a new levee and floodgate system protecting New Orleans.

An alligator “weighing a startling 504 pounds” was caught on Monday in a trap set by two Louisiana Department of Wildlife licensed nuisance hunters, according to a statement from St. Tammany Parish Sheriff’s Office.

“Once the alligator was searched, it was discovered to have what appears to be human remains inside its stomach,” the sheriff’s office said.

“Investigators will work with the St. Tammany Parish Coroner’s Office to verify those remains belong to Timothy Satterlee.”

Wildlife agents were scouring the area in air boats on Saturday when a drone they had deployed spotted a “rather large” alligator not far from the Satterlee home, said Captain Lance Vitter, a spokesperson for the sheriff’s office.

The agents set traps, which proved successful on Monday. The agents then euthanized and cut open the alligator “and that’s when they discovered the body parts,” Vitter said.

“It was the upper parts of a human body.”

The Satterlee home is not far from an area frequented by tourists who visit for swamp tours promising sightings of alligators and other wildlife, Vitter said. Alligators do not usually attack humans unless the food they have stashed has been displaced, as can occur during major storms, he said.

Satterlee’s wife saw a large alligator attack her husband after he had gone outside their raised home to check on the contents of their ground-level shed. The alligator had him in a “death roll” and had ripped off one of his arms, Vitter said, recounting the wife’s statement to authorities. The wife, 68, intervened, and the alligator disappeared into the water.

Bleeding badly and starting to black out, the husband told her to get in their small boat and seek help, Vitter said. Vitter added that it would have been difficult for the wife to get her husband into the boat without his help and without it tipping over. She left him on their stairs.

The wife found help about one mile away and returned only to find her husband was no longer on the stairs, Vitter said. “She just never thought in her wildest nightmares that she would get back and he’d be gone.”

Satterlee was a pillar of his community in Slidell, volunteering at the local school and cooking for storm victims, Vitter said, adding that he hoped finding the alligator would bring some closure for Satterlee’s wife.

“Now that we have located the alligator at least she can get a death certificate,” Vitter said.

The alligator was unusually large for the region, where those caught typically measure 7-1/2 to 8 feet in length and rarely exceed 300 pounds, Vitter said.

According to the Smithsonian’s National Zoo & Conservation Biology Institute, male alligators can grow as heavy as 1,000 lbs (454 kg).   —Reuters