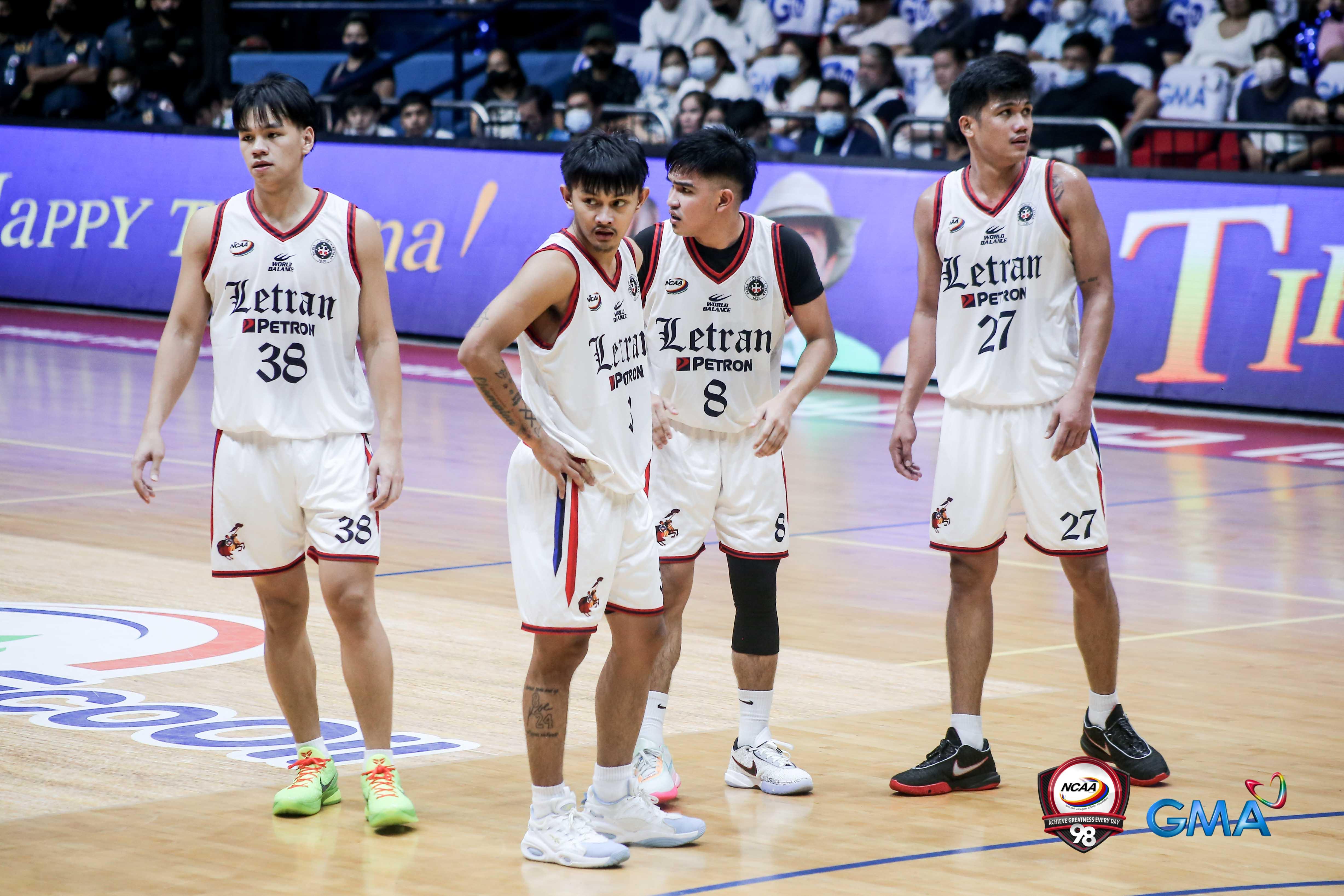 Colegio de San Juan de Letran head coach Bonnie Tan knows De La Salle-College of Saint Benilde is not an easy foe and will pose a big threat to their bid for a three-peat here in the NCAA Season 98 men’s basketball finals.

And Tan said they need everyone to step up in order to complete the rare feat.

Letran may have a strong group of veterans that include team captain Fran Yu, Brent Paraiso and Louie Sangalang, but Tan also has high expectations of the likes of King Caralipio and Kurt Reyson in this title series.

Caralipio and Reyson proved Letran can rely on them during their Game 1 win last Sunday.

Caralipio was the second top scorer with 16 points alongside two assists and one steal while the third-year player Reyson had 13 markers, four rebounds, three dimes, and one block to guide the Knights to an 81-75 victory.

Their contributions allowed the Knights to weather tough shooting nights from Paraiso (2-of-11 shooting) and Yu (1-of-9 shooting).

Game 2 of the NCAA Season 98 Finals will be played on Sunday at 3 p.m. at the Smart Araneta Coliseum.

Watch the game live on GMA and via livestream at the social media accounts of NCAA Philippines and GMA Sports PH.

Philadelphia subway riders witnessed rape but did nothing, police say