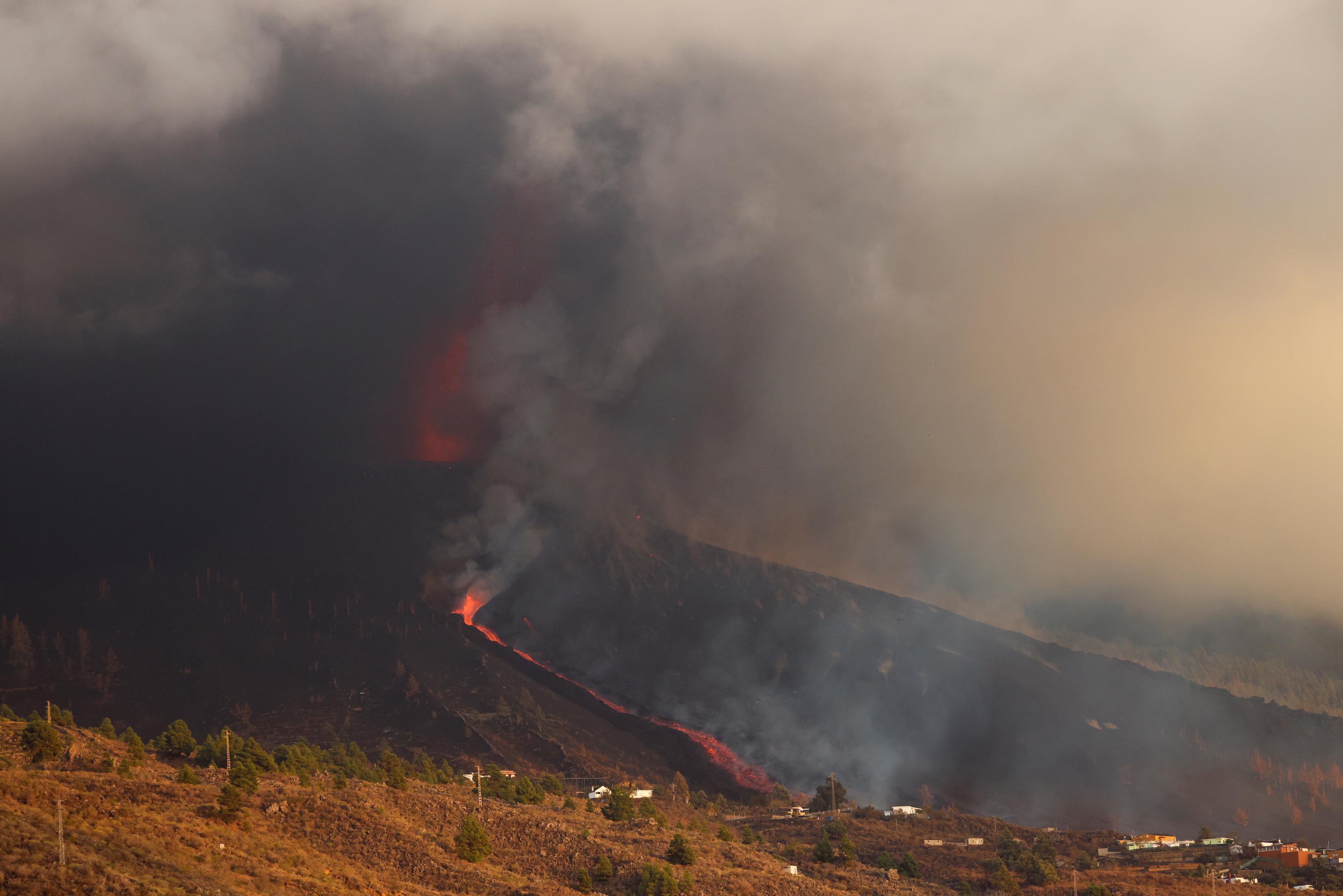 LA PALMA, Spain – The volcano on Spain’s La Palma island began ejecting ash and smoke again on Monday after a brief lull, while hundreds of people in coastal villages were locked down in anticipation of the lava reaching the sea and releasing toxic gas.

A column of white smoke rose from the Cumbre Vieja volcano after several hours of calm around 11 a.m. local time (1000 GMT), according to Reuters witnesses. Researchers confirmed it began spewing out lava at the same time.

“It’s something normal with this type of eruption,” said Miguel Angel Morcuende, director of the Pevolca response committee. “The volcano has periods of growth and periods of decay.”

His Pevolca colleague, Maria Jose Blanco, said lower levels of gas and a reduced supply of material within the crater could have caused the drop in activity.

Since Sept. 19, black lava has been slowly flowing down the volcano’s western flank toward the sea, destroying more than 500 houses as well as churches and banana plantations, according to the European Union’s Copernicus disaster monitoring programme.

On Monday, two tongues of the superheated black lava were rounding a hill to the west of the small town of Todoque, less than a kilometre from the Atlantic, but authorities said they could not be sure when it might reach the sea.

Still, around 300 locals in the coastal areas of San Borondon, Marina Alta and Baja and La Condesa have been confined to their homes as the moment of contact between the lava and the sea will likely trigger explosions and emit clouds of chlorine gas.

Local airline Binter, which had planned to resume flights to and from the islands on Monday afternoon, said conditions were still unsafe and that all transfers would be cancelled until Tuesday.

After a new vent opened on Sunday, Reuters drone footage showed a river of red hot lava flowing down the slopes of the crater, passing over homes, and swathes of land and buildings engulfed by a black mass of slower-moving, older lava.

No fatalities or serious injuries have been reported, but about 15% of the island’s banana crop could be at risk, jeopardising thousands of jobs.