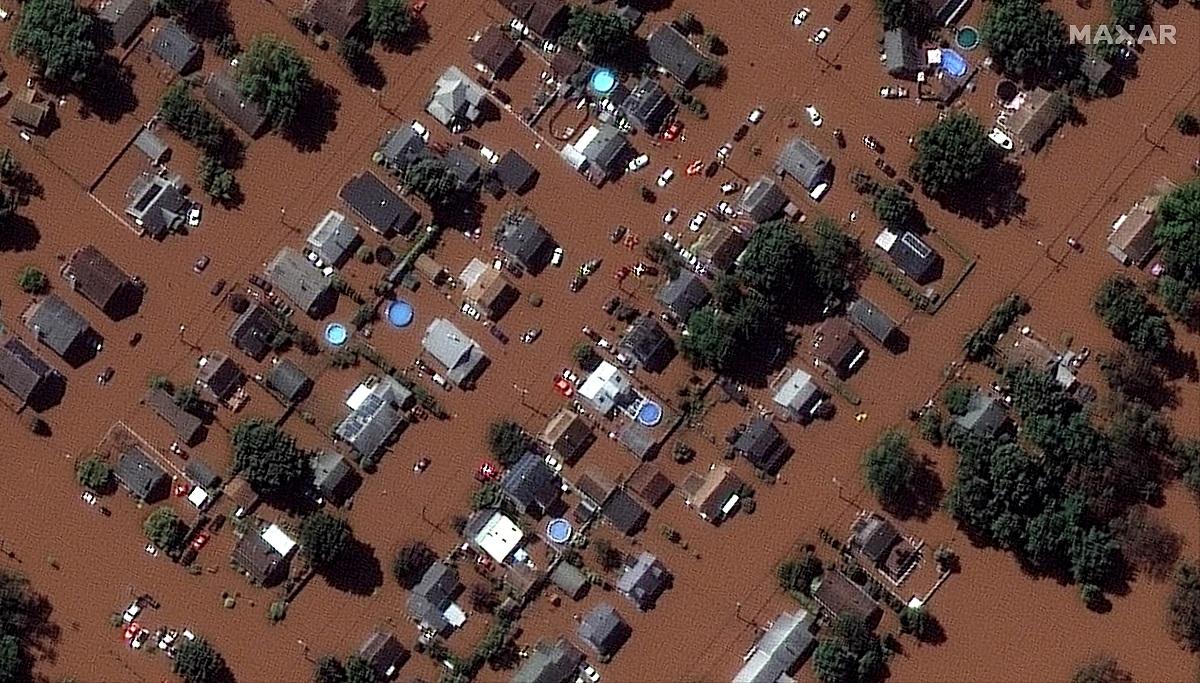 NEW YORK — Hurricane Ida’s death toll in the US Northeast rose on Sunday to at least 50 people, with many holding out hope for the missing in the floodwaters and Pope Francis calling on those affected by the disaster to be strong.

New York had 17 confirmed deaths, four in Westchester County and the remainder in New York City, where nearly all the victims were trapped in illegal basement apartments that are among the last remaining affordable options for low-income residents in the area, a spokesperson for Governor Kathy Hochul said.

In New Jersey, there were 27 confirmed storm deaths and four people still missing, said a spokesperson for Governor Phil Murphy.

Among the missing were two college students last seen in Passaic, New Jersey, on Wednesday as Ida’s historic deluge was reported to have swept them away in the floodwaters of the raging Passaic River.

A student mass was called on Sunday at Seton Hall University in South Orange for Nidhi Rana, a first-year commuter student from Passaic who was last seen with her friend Ayush Rana, a Montclair State University student, as the water rushed around his car.

“Join me in keeping Nidhi and Ayush in your prayers for their safe return,” Seton Hall President Joseph Nyre said in a letter to students.

Neither the Passaic Police nor the Fire Department immediately responded to Reuters’ requests for more information.

Louisiana’s governor on Saturday increased the number of storm deaths in his Gulf Coast state to 12 people killed after Ida made landfall there on Aug. 29 as a Category 4 hurricane, downing trees, power lines and debris with wind gusts that reached 172 miles per hour (276 kph).

Hundreds of thousands of people in the state remained in the dark.

The Grand Classica, a cruise ship that will house 1,500 workers trying to restore power, departed from the Port of Palm Beach on Saturday and is due to arrive in New Orleans on Tuesday under a charter agreement with Entergy Corp., the Bahamas Paradise Cruise Line said.

Pope Francis offered his condolences to Ida victims at his Sunday blessing in St. Peter’s Square.

“May the Lord welcome the souls of the dead and give strength to those who are suffering from this calamity,” the Pope said. — Reuters