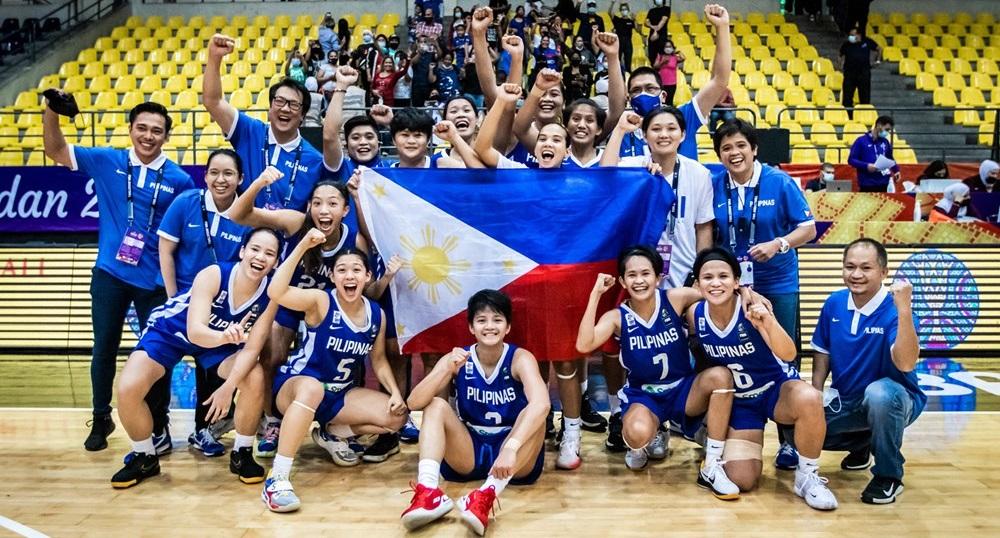 Gilas Pilipinas Women won’t be going home empty-handed from its 2021 FIBA Women’s Asia Cup campaign after walking away with a 74-70 win over India in the classification match on early Friday in Amman, Jordan.

With the victory, the Philippines will keep hold of a spot in Division A and avoided being relegated to Division B of the continental tournament.

Janine Pontejos and Khate Castillo both finished with 22 points but the all-around performance from veteran Afril Bernardino was crucial after she unleashed nine markers, 11 rebounds, seven assists, and four blocks.

Gilas Women found themselves facing a 34-39 disadvantage at halftime, but the ladies turned things around in the second half.

The Filipinas scored 21 points in the third quarter, 12 of which came from beyond the arc, while limiting the Indians to 13 markers to take a 55-52 lead heading into the final frame.

They rode the momentum early in the fourth and had their first taste of a double-digit lead in the tournament after debuting Camille Clarin knocked down a triple, 67-56.

The Indians would score three more points to come within striking distance with 45 seconds left, but Gilas Women kept their poise in the endgame to seal the win.

With their loss, the Indians will be relegated to the Division B.

The outcome is a repeat of the Philippines-India battle for seventh back in the 2019 FIBA Women’s Asia Cup, but the Division B was not yet organized at that time.