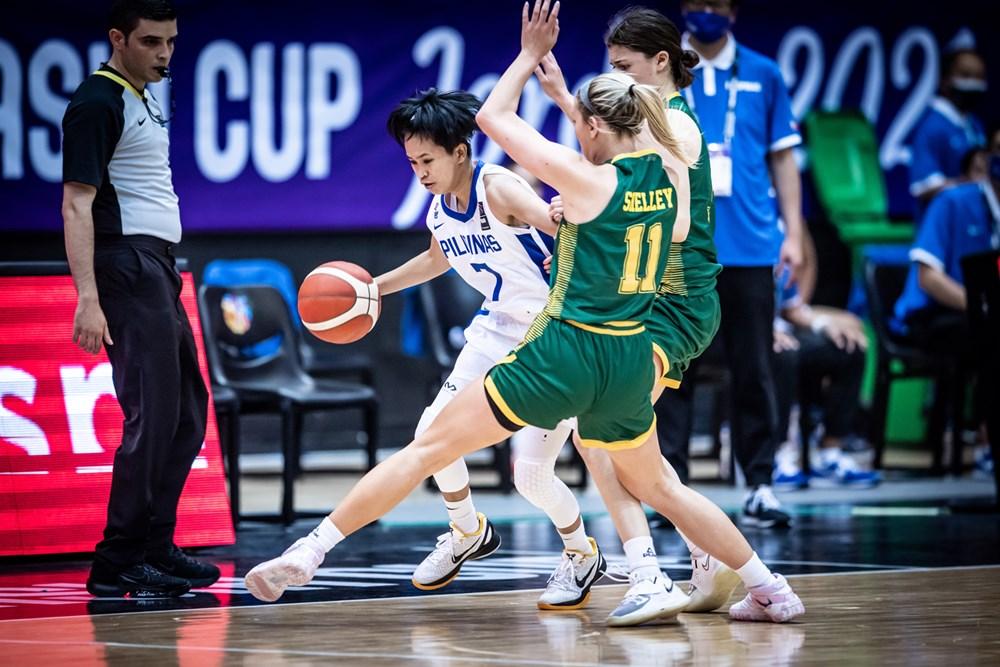 Gilas Women will now endure its second loss in as many games following a 143-52 beating at the hands of world No. 7 China on Monday.

Australia started the game on a furious 16-2 run, before Camille Clarin helped spark a Gilas counter-attack as she scored five points in the opening period. She was also one of four Filipinas to knock down a three-pointer in the first quarter as they tried to stay within striking distance, trailing by just 12, 32-20, after one.

However, the team went silent in the second quarter as Australia’s Lauren Nicholson drained 10 points, including three baskets from beyond the arc, as part of a 15-0 blast to open the period. By the end of the half, her team had already stretched their lead to a 31-point spread, 64-33.

Only four Gilas cagers were able to convert a basket in their 13-point second quarter with veteran Afril Bernardino collecting four points while Khate Castillo, Kristine Cayabyab, and Ria Nabalan drained one triple each.

Australia again opened the third quarter with a 26-10 rampage before Clarin trimmed the opposing camp’s lead, 88-44, followed by another basket by Cayabyab as the Philippines concluded the third down, 91-46.

Cayabyab and veteran Janine Pontejos combined for 10 points in the payoff period but they were too far behind to challenge the Australians, who also defeated them back in the 2019 FIBA Women’s Asia Cup, 123-57.

Pontejos led the offensive charge with a team-high 13 points for the Philippines, which is ranked No. 51. Cayabyab finished with 10 points while Bernardino, who led the team in scoring against China with 17 points, posted eight markers in this.

The Australian team was also coming off a quarterfinal finish in the 2020 Tokyo Olympics but decided to send a different team to this specific competition.

Earlier, China outmuscled Chinese-Taipei, 124-50, to grab a share of lead in Group B along with Australia, which also walked away with a 76-65 victory over Chinese-Taipei on Monday night.

The loss put the Philippines in a tough position as they now have to survive Chinese-Taipei on Thursday to bolster their hopes of advancing past the group phase.

US weekly average of COVID-19 cases and deaths up