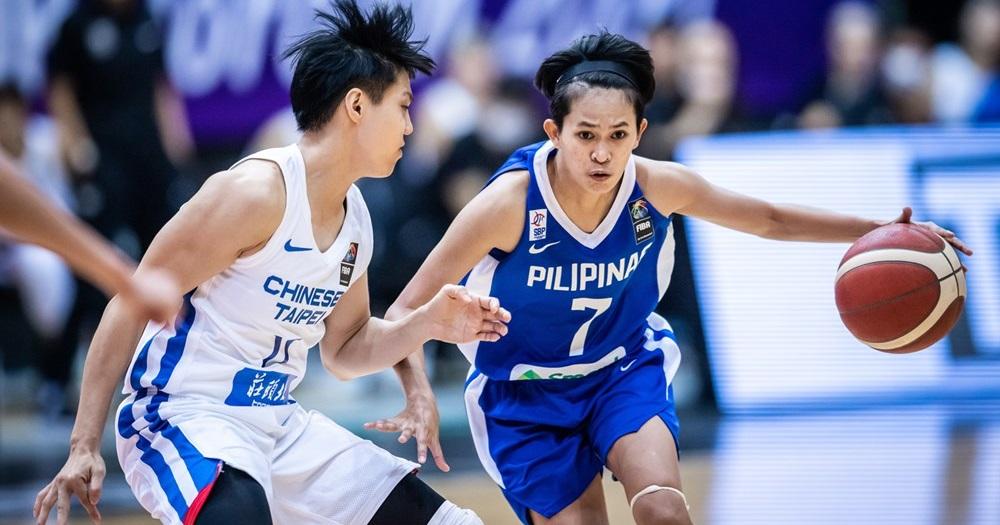 Afril Bernardino poured in 24 points, 14 rebounds, three assists, and two steals but her double-double performance was not enough to carry the team, which finished last in Group B with a 0-3 win-loss card.

The Philippines trailed 17-15 in the first quarter, but Chinese Taipei’s offense exploded and built a comfortable 45-30 lead at half time.

Chinese Taipei put the game out of reach in the third period after outscoring the Philippines, 31-11. No one but Bernardino scored for the Gilas Women in the quarter.

The Filipinos were able to hold off Chinese Taipei to only 17 markers in the fourth but the offense did not go their way, converting only 11 points.

The loss served as the third-straight blowout defeat for the Philippines after a 143-52 beating at the hands of no. 7 China and 120-56 drubbing of no. 3 Australia.

The country will now battle it out for seventh place against India, which emerged as the last place team in Group A.

Meanwhile, Chinese Taipei will face a tall task ahead as it will tackle South Korea in the knockout stage for the right to play world no. 8 Japan in the semifinal round.