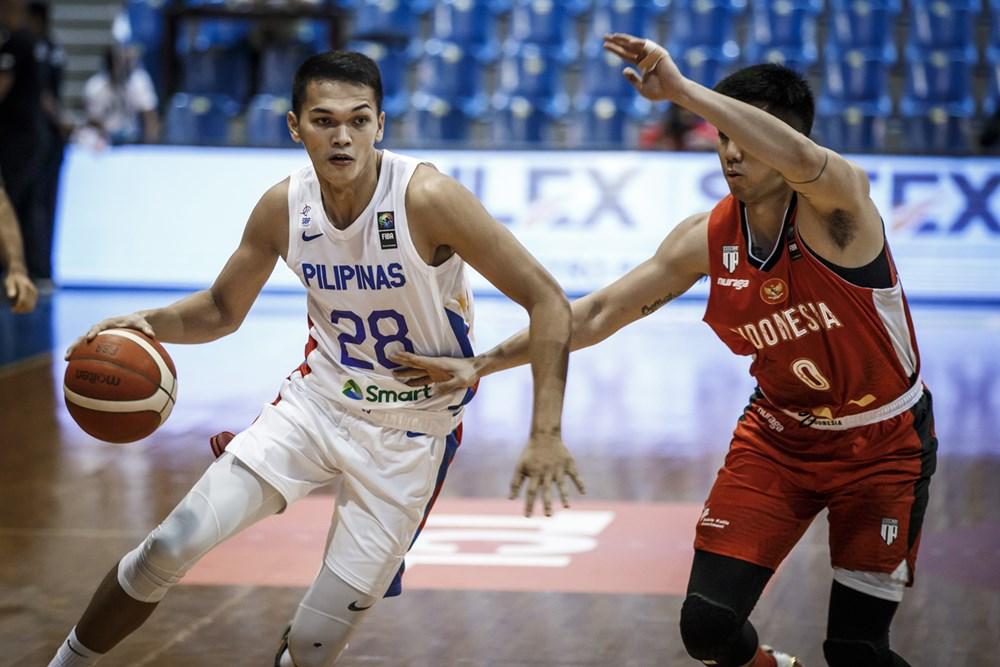 Gilas Pilipinas cruised to a big victory over Indonesia, 76-51, to remain perfect in the 2021 FIBA Asia Cup qualifiers on Friday at the Angeles University Foundation (AUF) Gym in Clark.

Riding on the momentum of their exciting win over South Korea last Wednesday, the young Filipino team kept its unblemished record with Indonesia serving as its latest casualty.

Justine Baltazar and Ange Kouame each scored a team-high 11 points to lead the way. Baltazar also grabbed nine rebounds in the game.

Dwight Ramos, meanwhile, posted a double-double with 10 points and 12 rebounds in the game. He did a little of everything, grabbing three steals and even playing a little bit of point guard in a stretch of the game.

It was a total team effort for the Philippines on offense with 11 Gilas members scoring.

But it was their defense that made the difference in this game, allowing only 22 points in the first half and holding Indonesia to just 31.5% shooting from the field for the entire game.

The Philippines, which had already secured its berth in the FIBA Asia Cup before this game, remained on top of the Group A standings with a 5-0 record and one game, a rematch against Korea on Sunday, left to play.

Gilas looked like it would run away with the game early after opening with a 15-4 start.

But naturalized player Lester Prosper showed his quality early in the second quarter.

He started by scoring a basket inside before helping teammate Andakara Dhyaksa pressure and force a turnover by RJ Abarrientos, which turned into a transition basket for Prosper. He capped that by blocking a shot attempt by 7-foot-3 Kai Sotto on the end.

But Ramos came in to steady the team as he sparked a Philippines run that stretched the lead back up to double figures, before the team settled for an eight-point lead at the half, 30-22.

Looking more composed entering the second half, the Filipinos started firing on all cylinders, anchored by the offensive output of Baltazar and Ramos.

The Philippines rattled off as many as13 unanswered points in a big third quarter that saw some much improved play for the young Filipinos.

Baltazar knocked down two three-pointers, Kai Sotto scored on a tip-in and Kouame made some big plays as well, including an emphatic slam off a pick and roll with SJ Belangel.

They all but put it away early in the fourth after Carl Tamayo hit two consecutive three-pointers to make it a 59-38 lead with 8:11 left to play.

The game also saw the Gilas debut of 18-year-old Francis ‘Lebron’ Lopez, who scored eight points in the game.

Prosper led Indonesia with 22 points, eight rebounds and four blocks but that was not nearly enough to keep his team in the game.