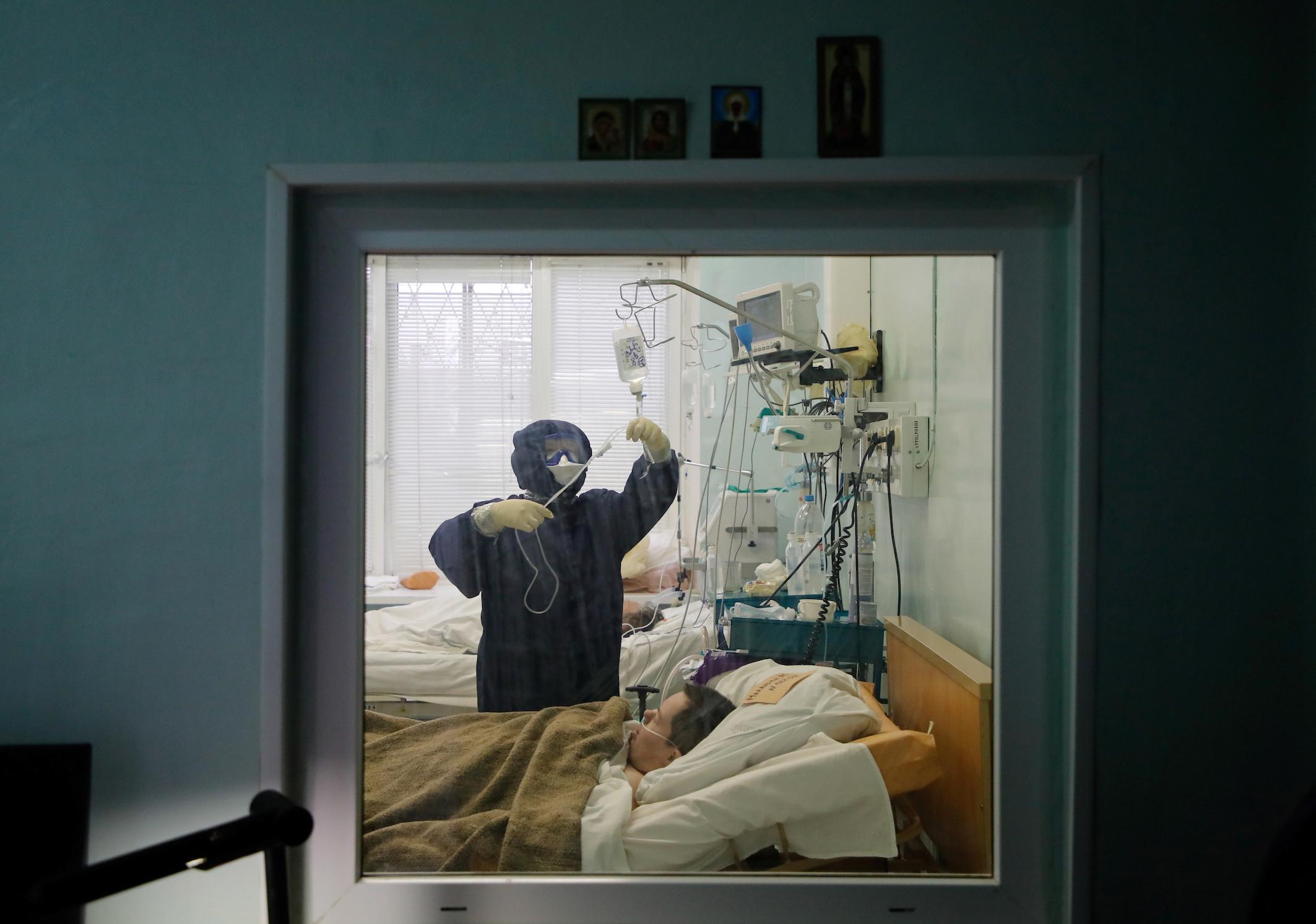 PARIS, France – All health workers in France must get COVID-19 jabs and anyone wanting to get into a cinema or board a train will need to show proof of vaccination or a negative test under new rules announced by President Emmanuel Macron on Monday.

Unveiling sweeping measures to combat a surge in infections, Macron said vaccination would not be compulsory for the general public for now but stressed that restrictions would focus on those who are not vaccinated.

“We must go towards vaccination of all French people, it is the only way towards a normal life,” Macron said in a televised address to the nation.

Health Minister Olivier Veran said health workers would not be allowed to go to work and would not be paid if they are not vaccinated against COVID-19 by Sept. 15.

“By Sept. 15, all health workers must have had their second dose,” he told LCI television, without explaining what sort of controls would be in place to impose the measure.

Mandatory vaccination, even for health care workers and other professionals who come into contact with people vulnerable to COVID-19, is not widespread in Europe, and Macron had previously ruled it out for France.

But a slowdown in vaccination rates and a sharp upturn in new infections due to the highly contagious, now dominant, Delta variant, have forced a government rethink for health workers, who must now get vaccinated by Sept. 15.

Vaccination will also be compulsory for people working in retirement homes.

“A new race against the clock is on,” Macron said.

In a first sign that the new set of measures might be convincing more to get vaccinated, Doctolib, the website where many go to book their covid jab, was swamped after Macron’s speech, with covid data tracker Guillaume Rozier saying tens of thousands had rushed to get an appointment.

Macron said that a health pass required to attend large-scale events or to go clubbing will now be used much more widely, including to enter restaurants, cinemas and theatres. It will also be required to board long-distance trains and planes from the start of August, giving a further incentive for people to get the shot.

“We will enforce restrictions on those who are not vaccinated rather than on everyone,” Macron said, making clear this, as well as the fact that COVID-19 tests will from October only be free for those with a medical prescription, was meant to boost vaccination.

The health pass provides proof that a person has either been vaccinated against the coronavirus or has recently had a negative PCR test for COVID-19.

The fast-spreading Delta variant risks undermining economic recoveries if allowed to spiral out of control, forcing some governments to rethink their COVID-19 strategies just as citizens look forward to summer holidays.

Greece also said on Monday that health care workers and nursing home staff will have to be vaccinated. So far Italy, which made the shots mandatory for healthcare workers at the end of March, had been the exception.

The Dutch government reimposed curbs on nightclubs, music festivals and restaurants on Friday while Spain’s Canary Islands have asked the government to bring back curfews.

England, however, is loosening curbs and will be the first nation in Britain to lift the legal requirement to wear masks and for people to socially distance from July 19.

In another much-awaited announcement, Macron also said that France needs to push back the retirement age and the government will continue its pension reforms as soon as the COVID-19 situation is under control. — Reuters