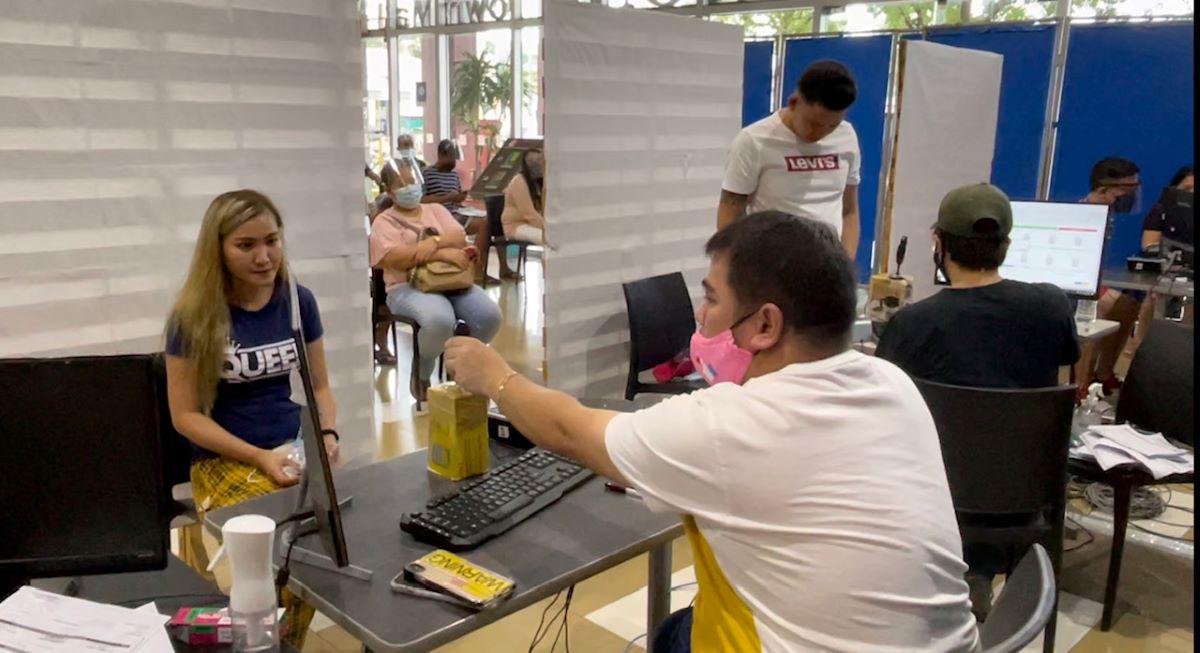 Voter registration continued on Tuesday, the second day of the extension period, and in Malabon City, there were fewer voter applicants in a mall site as compared to the number who showed up on the last week of September.

Only 250 slots per day has been allotted for walk-in registrants at a satellite voter registration site in a mall in the city.

This number does not include senior citizens, persons with disability, pregnant women, and medical frontliners, as well as those with online appointments.

Malabon Election Officer Atty. Winston Gaffud said that on Monday, the first day of the extended voter registration, they processed 460 applications, a lot less than the 600 they received on the last week of September.

Voter registrants said they were grateful for the extension of registration.

The Commission on Elections (Comelec) reminded voter applicants to bring the necessary forms and photocopies of their valid ID.