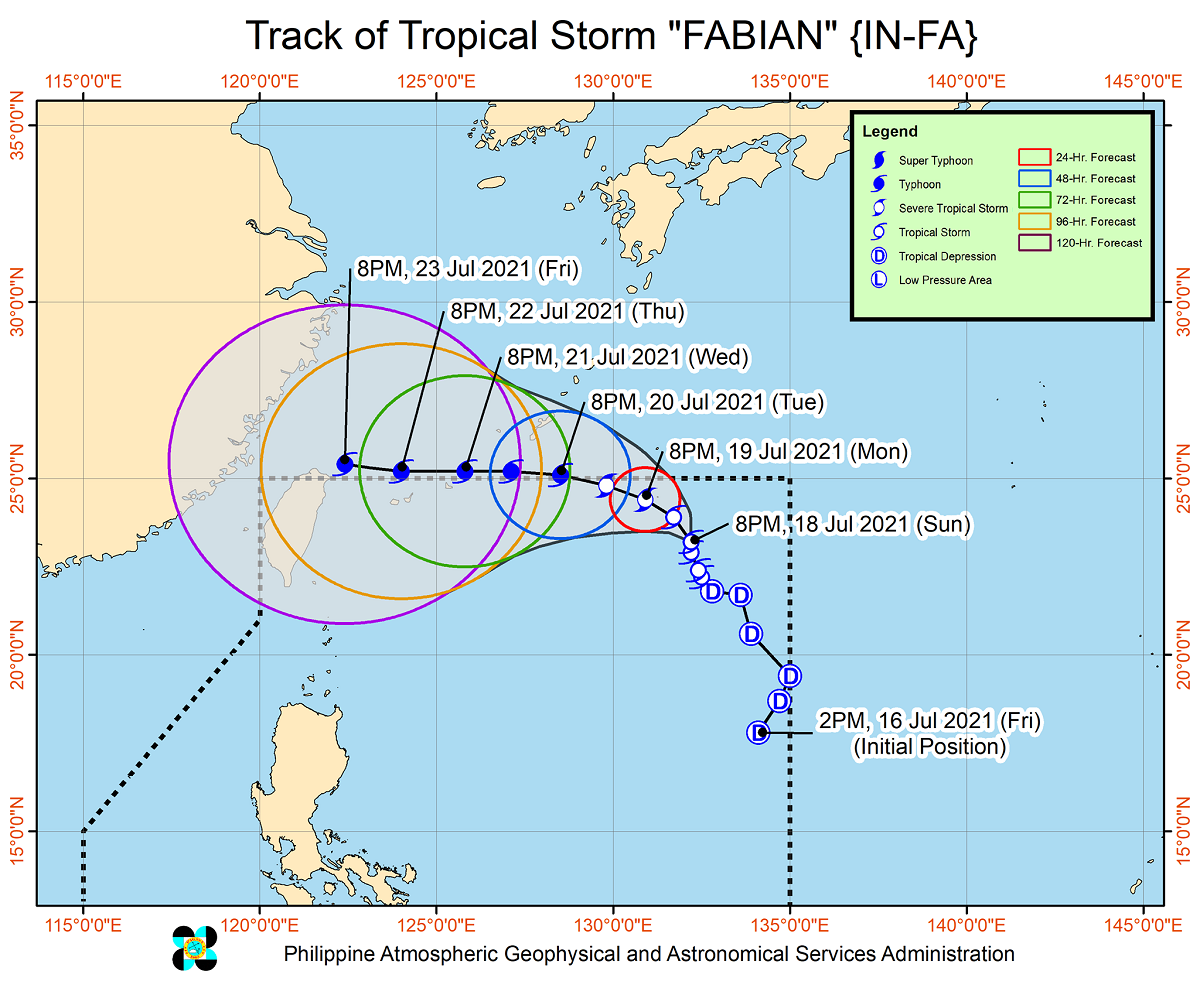 In its 11 p.m. severe weather bulletin, PAGASA said the center of Fabian was located 1,085 kilometers east northeast of extreme Northern Luzon at 10 p.m. with maximum sustained winds of 75 km per hour near the center, gustiness up to 90 kph, and central pressure of 996 hPa. It is moving north northwestward at 10 kph.

PAGASA said Fabian is unlikely to bring heavy rainfall in the country throughout the forecast period.

However, under the influence of the southwest monsoon that is being enhanced by Fabian and another tropical depression outside the Philippine Area of Responsibility, PAGASA said monsoon rains will be experienced in the next 24 hours over Ilocos Region, Zambales, Bataan, Occidental Mindoro, and Palawan.

While no tropical cyclone wind signal is raised over any land area in the country, PAGASA advised residents in Batanes and Babuyan Islands to monitor tropical cyclone bulletins as any further southward shift in the orientation of the track forecast may result in the hoisting of TCWS No. 1.

Further, in the next 24 hours, moderate to rough seas (1.2 to 2.8 meters) may be experienced over the western seaboard of Palawan including Kalayaan Islands due to the southwest monsoon.

“Mariners of small seacraft are advised to take precautionary measures when venturing out to sea. Inexperienced mariners should avoid navigating in these conditions,” PAGASA said.

It added that a southward shift in the orientation of the track forecasts has been observed for the past 24 hours.

“If the trend continues, there is an increasing possibility that Fabian will re-enter the PAR beyond Tuesday or not exit the PAR at all during the forecast period,” PAGASA said.

No one else can beat him but me │ GMA News Online