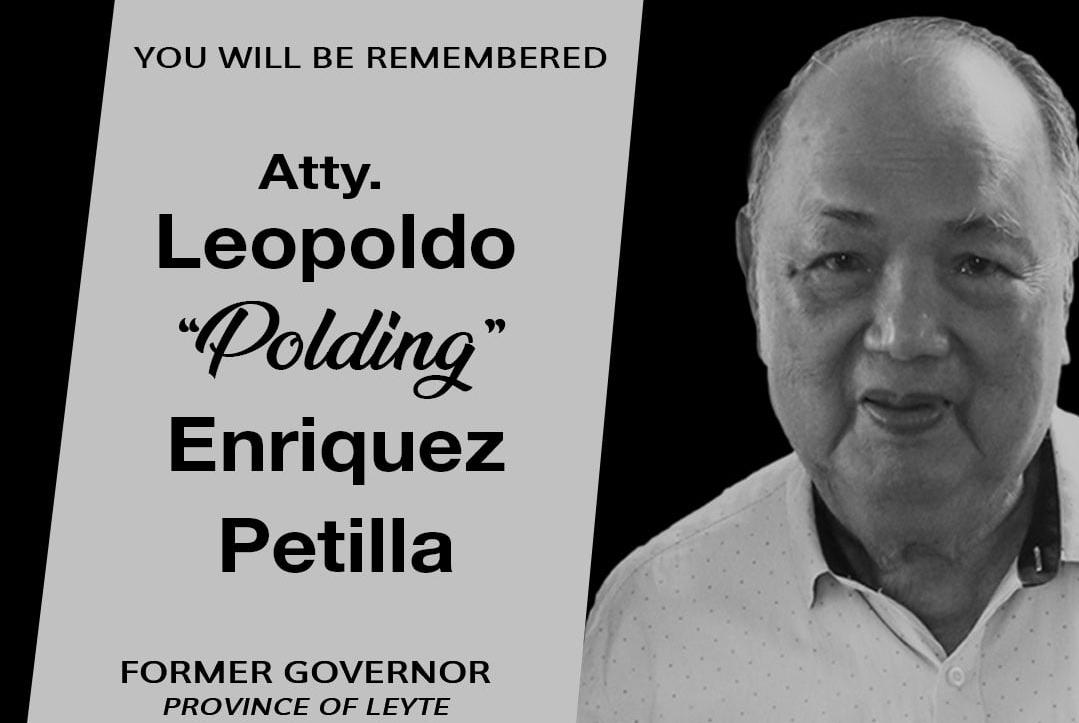 “As we continue to observe precautions to protect ourselves and our loved ones against this disease, still we lose them at the time we least expect them to leave, even before we are ready to let them go,” the mayor said.

“We love you forever, Papa Polding. We will always miss you,” she added.

The Palo government also issued a resolution to mourn the untimely death of Leopoldo Petilla.

“It is proper to officially inform the people about the untimely death and give honor to the death of Governor Attorney Leopoldo Enriquez Petilla,” read the order.

The EO also ordered that the national flag at the Palo Municipal Hall should be flown at half-mast from Sept. 6 to Sept. 7 to mourn the death of the former governor. —Consuelo Marquez/KG, GMA News