Duterte on Bato: It’d be good to have a military man as next president 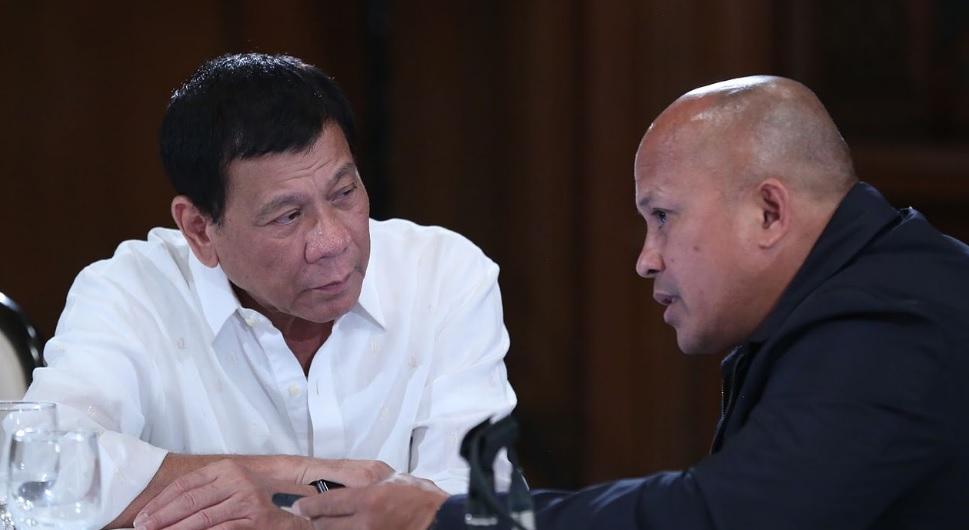 President Rodrigo Duterte said that the ruling PDP-Laban decided at the “last minute” to field Senator Ronald “Bato” Dela Rosa as its presidential candidate in the May 2022 elections.

Duterte made the admission during his visit to televangelist Apollo Quiboloy in Davao City on Friday night, hours after Dela Rosa filed his certificate of candidacy before the Commission on Elections.

“Wala kaming ulo (We did not have a standard-bearer),” he said in an interview with SMNI News.

“I think PDP decided last minute, the last day of the filing of the certificates that it would be good to have at least a head of the whole team.”

“He might still make it. With so many candidates filing their certificates of candidacy, you can never tell the destiny of man. It would be good to have a military man as president of this Republic,” Duterte said.

Dela Rosa, who entered politics only three years ago, is an alumnus of the Philippine Military Academy. He was Duterte’s first national police chief and oversaw the administration’s controversial war on drugs from July 2016 to early 2018.

The drug war is being investigated by the International Criminal Court due to allegations of human rights abuses in the course of the campaign.

In a radio interview on Saturday, Dela Rosa said he received Duterte’s blessing to seek the country’s highest office.

Dela Rosa underscored that he will continue the programs of Duterte if he is elected president next year. — VBL, GMA News