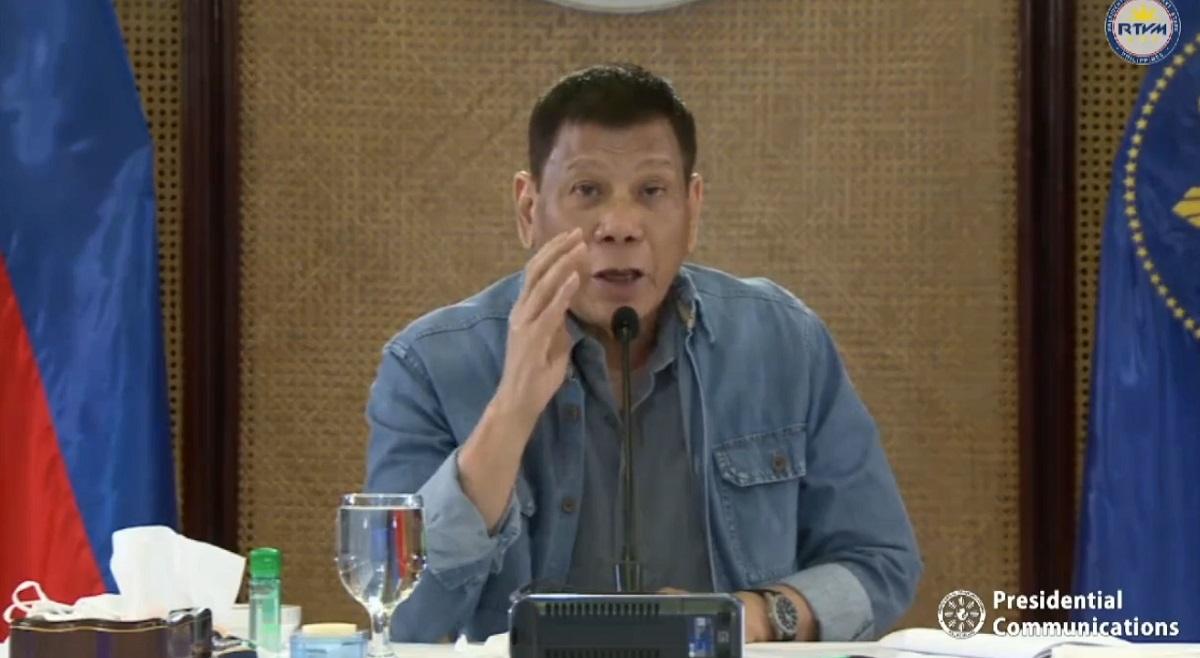 During his Talk to the People briefing, Duterte reacted to the Blue Ribbon Committee chairman’s statement that they would continue the probe “until kingdom come,” describing the words as undemocratic.

“Ngayon, kailan ito matapos? Till kingdom come? Who are you to say that? Sabi ko that is a very undemocratic statement and you want Filipino nation pati kami dito sa executive department, damayan mo?” he said.

At one point in the taped address, Duterte said Gordon is “overstepping” his jurisdiction and that the senator committed an “abuse of discretion.”

Duterte added that the senator is “playing God” for authorizing his Cabinet members to attend the probe while there is a pandemic.

“Ako you know pull back [Health Chief Secretary Francisco] Duque and Secretary [Carlito] Galvez, mag-focus sila. Redirect your attention to our problem of pandemic. Never mind Gordon, he is nothing,” Duterte said.

“Huwag na kayo sumunod kay Gordon because he is treading on dangerous grounds,” he further said.

On Sept. 14, Duterte said he had barred his Cabinet members from attending the Senate probe into the Pharmally mess.

Two days later, he allowed Duque and Galvez to “complete the story” at the Senate probe.

Duterte said he will also prohibit the sergeant-at-arms at the Senate from arresting those who ignore Gordon’s subpoena.

“I said you [Gordon] ran out of bounds, amounting to lack of jurisdiction, so sabihin ko sa sergeant-at-arms, do not ever attempt to arrest anybody kasi ikaw ang aarestuhin ko,” Duterte said.

He also gave the same orders to the military and police.

Duterte also denied that he is defending those involved in the controversy including the Pharmally Pharmaceutical Corporation, the company tapped by the Procurement Service of Department of Budget Management to supply the COVID-19 equipment.

He also pointed out that he would like his Cabinet men to focus on the government’s COVID-19 response.

“Kaya lang every time you call, tinawag mo si Secretary Duque kanina. Hindi ninyo naman tinanong. You know I want Cabinet members to focus on COVID-19. It is a pandemic,” he said.

He again reiterated that he will file a complaint against Gordon over P140 million that he claimed the legislator has yet to return.

“We will be filing a case against you not as a senator… dinikit mo ang PDAF diyan sa Red Cross,” he said.

“I have learned that out of the PSG personnel whereby 187 out of 213 tested positive PCR Manila laboratory yet tested negative in their confirmatory test,” he said

Duterte said if more than 100 PSG personnel will be under quarantine, they will be in “jeopardy.”

“Mauubos ang tao ko kung yung lahat ng dumaan.. Anak ng… This is not acceptable, Dick [Gordon]. I do not want my PSG to be placed in jeopardy,” Duterte said.

Duterte had also called for a probe into the “false positives” of Red Cross COVID-19 tests. — BM, GMA News