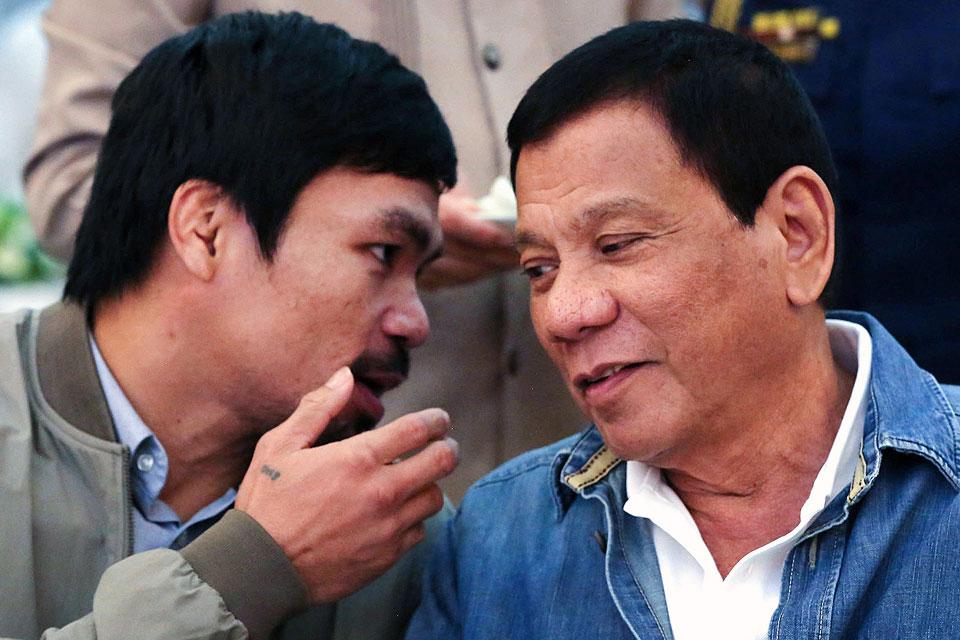 President Rodrigo Duterte on Monday night lashed out at Senator Manny Pacquiao after the latter said that corruption has worsened under the Duterte administration.

In his weekly address to the nation, Duterte dared Pacquiao to identify the corrupt agencies and he will do something about it.

The president also said every administration “will have a share of the problem of corruption.”

“Do not ever think that if you will win as president na wala nang corruption dito sa Pilipinas,” Duterte told Pacquiao.

“And for your dream of giving everybody houses in six years time, just like what Senator Enrile said, good luck na lang. You must be dreaming,” he added.

Duterte said he would campaign against Pacquiao if the senator would fail to identify the corrupt officials under in the administration.

“If you fail to do that, I will campaign against you because you’re not doing your duty. Do it. If not, I will just tell the people, ‘Do not vote for Pacquiao because he is a liar,'” Duterte said.

Duterte has previously reproached Pacquiao for criticizing his stand on the West Philippine Sea.

Pacquiao is the current president of the ruling party PDP-Laban while Duterte is the chairman. —NB, GMA News