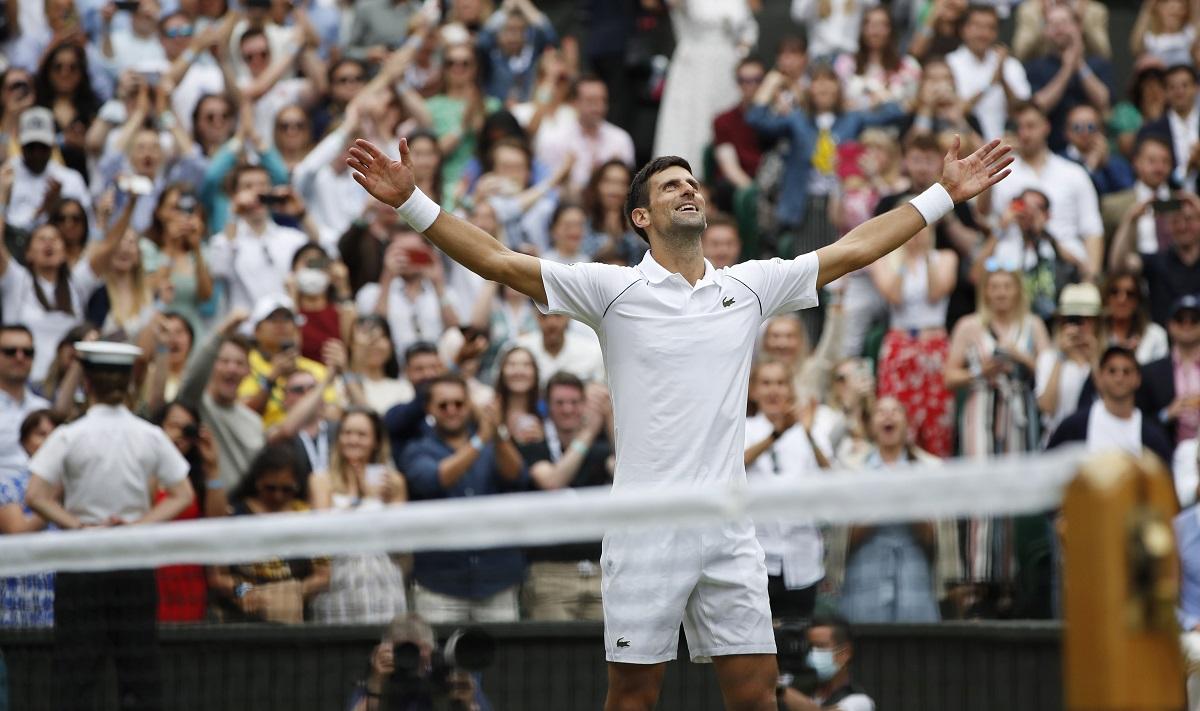 His third straight triumph at the All England Club also earned the Serbian a 20th Grand Slam title, equaling the men’s record haul held by Switzerland’s Roger Federer and Rafa Nadal of Spain.

Having also won the Australian Open and the French Open titles in 2021, Djokovic has now completed the third leg towards achieving the Golden Slam. No man has ever won the four slams and an Olympic gold in the same year.

The 34-year-old, who came into the title clash having beaten Berrettini in both of their previous meetings, opened a 5-2 lead in the first set with an early break but the Italian fought back to force a tiebreak which he clinched to draw first blood.

It was only the second set the Serbian had lost in this year’s championships. He reacted by racing to a 4-0 lead in the second set before going on to level the match.

A single break of serve in the third and two more breaks in the fourth were enough for Djokovic to close out the contest in front of a raucous Centre Court crowd, who kept on chanting the Italian underdog’s name.

Djokovic sealed his place in the record books on his third match point when Berrettini’s backhand slice landed in the net. — Reuters