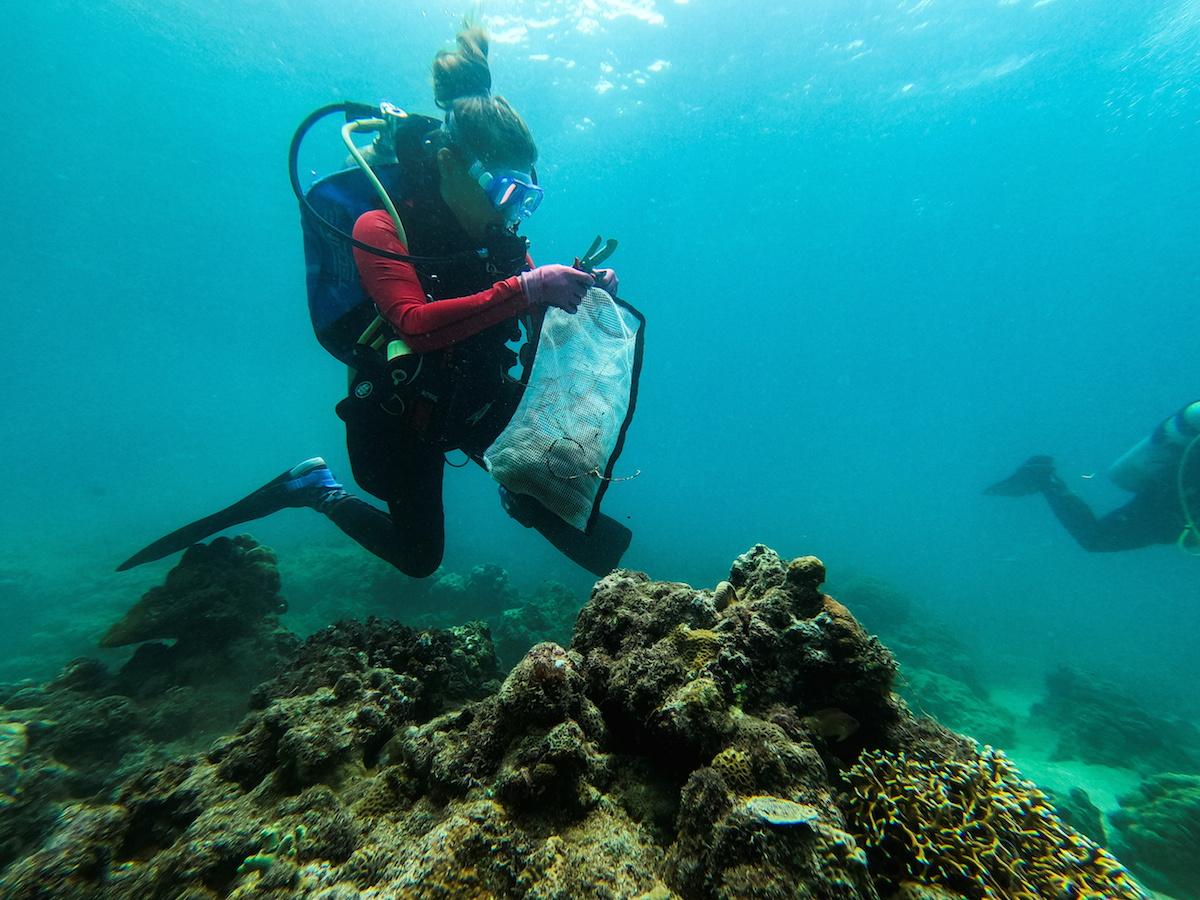 Divers pulled plastic bags, drinks bottles and fishing nets from a coral reef in Batangas on Saturday, joining an annual cleanup that aims to highlight the impact of garbage on the world’s oceans.

About a dozen divers cleared rubbish from the reef and nearby beaches as they marked World Cleanup Day in Batangas, a popular spot for snorkeling and diving south of the capital, Manila.

“For every fishing line or net that you remove, you could actually prevent a turtle from dying or getting caught in it or eating a plastic bag,” organizer Carmela Sevilla told Reuters, holding up a mesh bag full of garbage.

The Philippines, an archipelago of more than 7,600 islands with nearly 36,300 km (22,555 miles) of coastline, is one of the world’s most marine resource-rich countries.

But campaigners say its marine resources are threatened by the neglect of local authorities and lax implementation of environmental laws.

Another of the cleanup participants, Haley Osbourne, 35, a Canadian who has lived in the Philippines five years, said all divers should do their bit by picking up any rubbish they come across while underwater.

Most of the plastic trash blighting the world’s oceans comes from rivers and coastlines.

Of the total, 81% is estimated to come from Asia, with a third of the Asian plastic originating in the Philippines, according to a 2021 report by Our World in Data, a scientific online publication.

World Cleanup Day is held annually on the third Saturday of September. —Reuters