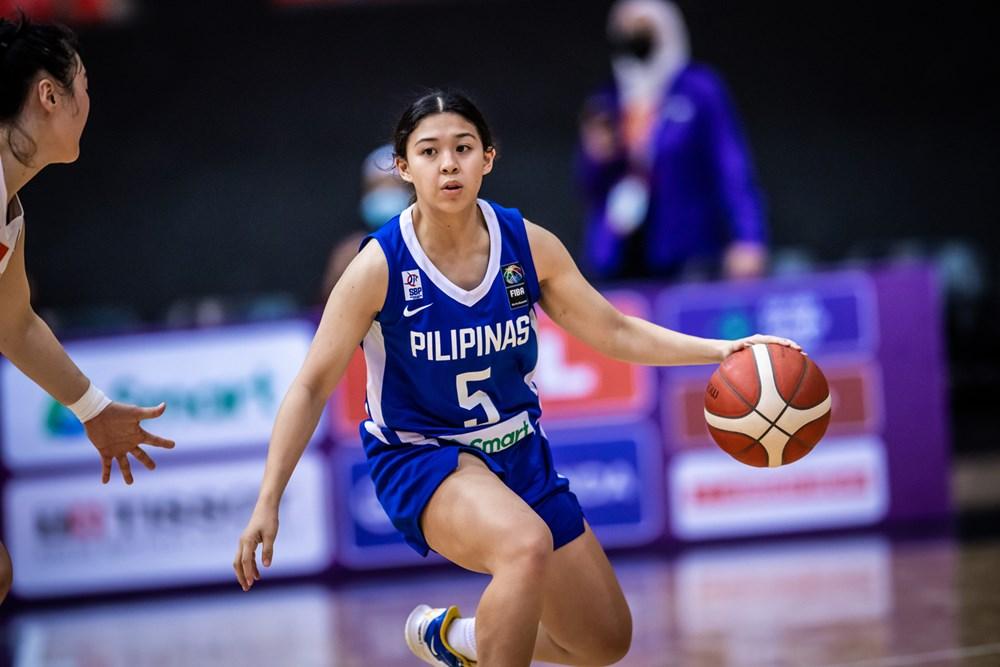 Ella Fajardo vowed that the Gilas Pilipinas Women team has a lot more to offer as they move forward in the 2021 FIBA Women’s Asia Cup in Amman, Jordan.

Fajardo, who showed some flashes in her first-ever game in the senior’s division, said that with the whole nation rallying behind them, they could put up a fight against some of the world’s best like Australia and Chinese-Taipei.

“Coach [Patrick Aquino] said that we played our hearts out but I know for a fact I can speak on behalf of the team that we have more to bring,” Fajardo said following their 143-52 loss to China on Monday night (Manila time).

“And we just ask for your continued support because we have more in us.”

The Filipino-American baller proved just that when she made her debut.

Despite the team already on its way to a lopsided loss against a powerhouse opponent, Fajardo showed glimpses of the future when she the last six of Gilas’ points, including a bucket from deep, to finish the game strong for the Philippines.

Fajardo, who had previously suited up for the country during the 2019 FIBA 3×3 Under-18 Asia Cup, said that despite the early defeat, they will go all out against their next opponent, Australia.

The two countries will lock horns early on September 29 with the Philippines eyeing to stay near the top of Group B to try to contend for an outright semifinal berth.