Dante exits PAR as it heads towards Ryukyu Islands, Japan 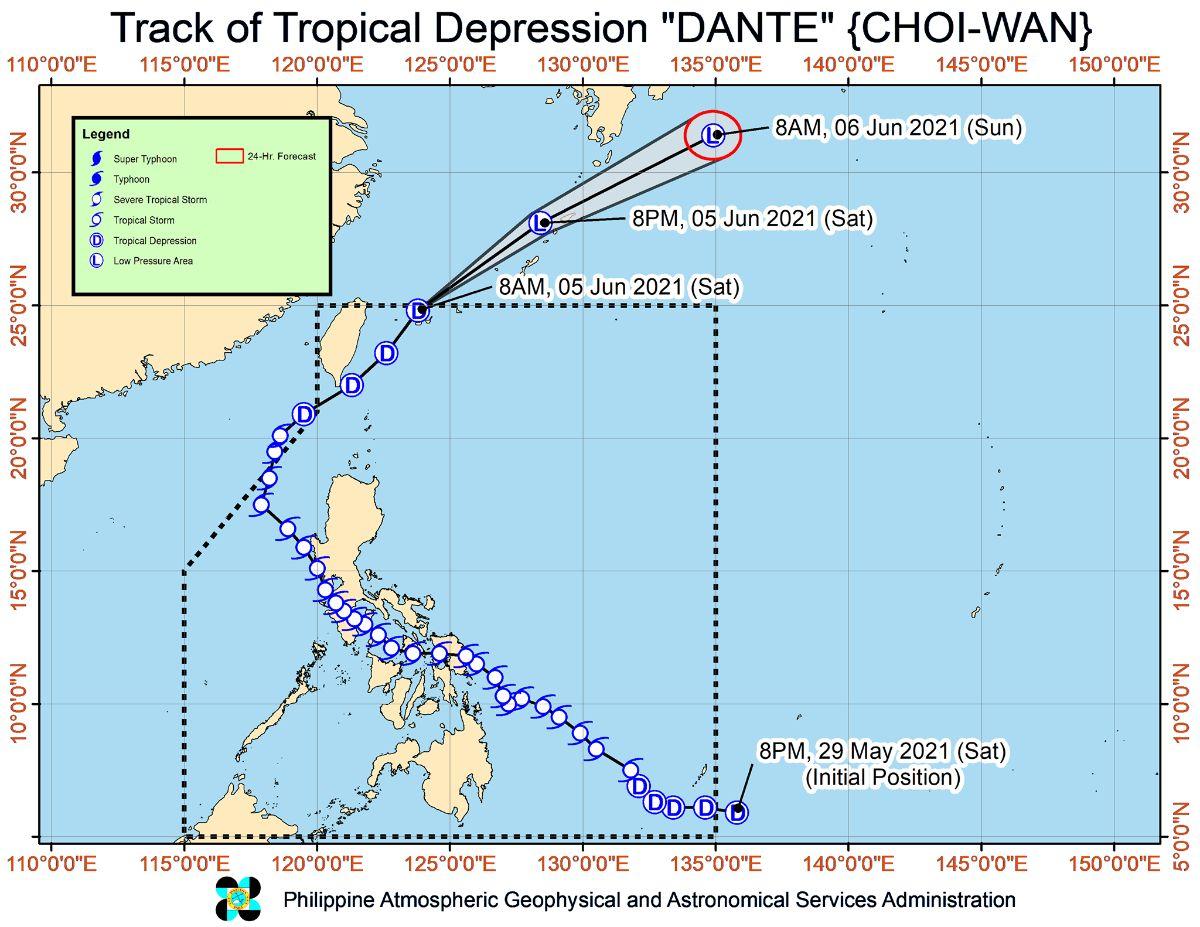 No tropical cyclone wind signal was placed in effect, PAGASA said in its 11 a.m. update.

However, moderate to rough seas (1.2 to 3.0 m) are expected over the northern seaboard of Northern Luzon.

Mariners of small seacrafts were thus advised to take precautionary measures when venturing out to sea, while inexperienced mariners should avoid navigating in the said conditions.

Dante left the northern boundary of the PAR at 9:30 a.m. on Saturday, and is forecasted to continue moving generally northeastward in the next 12 hours towards Ryukyu Islands. It will then turn east northeastward on Sunday morning.

Further, Dante is forecast to transition into an extratropical cyclone within the next 12 to 24 hours as it interacts with the baroclinic zone of Mei-yu Front over the East China Sea.

It has maximum sustained winds of 55 km/h near the center, gustiness up to 70 km/h, and central pressure of 1000 hPa.